From emotional intelligence to leadership strategy to why today’s struggling industry can credit its troubles to a dearth of diverse perspectives.

We spoke to six female leaders in the cannabis industry about what it’s actually like working in Canadian weed.

Here’s what they had to say:

Current role: CEO of Eve & Co.
Her life before cannabis: Originally a plant biologist and greenhouse owner who ran a flower centre prior to starting her own female-focused company.

More than half of our board is female. More than most of our supervisors and management here, actually on site, we have more women. And also, I think just in general having female leadership, instead of us being the norm of 70% male employees, we’re almost the exact opposite.

We have almost 70% female employees and I attribute that to female leadership. But I also attribute it to women who want to work at a place where they’re valued, where they have an equal and fair chance to move up within their company. I think that’s why more women have been applying because they know that they have a fair chance in having a supervisor or leadership position in a company that’s growing. 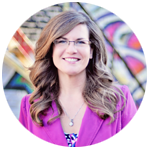 Current role: Brand strategist and founder of Boss Ladies of Cannabis, a database of female cannabis executives
Her life before cannabis: Has run her firm for 15 years, with a focus on cannabis for the last five. Currently travelling the world, Rachel consults on cannabis for international businesses.

Lots of women were talking about running companies but when we look at the legal industry that was being built, it was predominantly older white men or super young white men who were able to raise $25 million and build themselves a licensed producer.

For me, it was incredibly frustrating to find myself as the only woman often in a boardroom, in a room, on a team, on a panel… And no, that’s not a problem that’s unique to cannabis.

The Boss Ladies of Cannabis was really just me getting so frustrated by people sort of acting as if it was difficult to find a woman who might be really smart and have a very senior level understanding, who could also sit on a stage and hold her own. 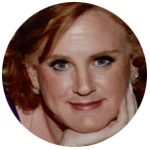 We were the fourth ever publicly-traded cannabis company in the world. Two years ago, it broke a billion dollars. Just after we took the company public, I transitioned. That’s where everything kind of went weird.

Up to that point, as far as the world was concerned I was known as a straight, white guy and that was the finance community and everything that I knew and I had to come out.

When I came out on Facebook…it was a horrible thing. Perceptively, it was a death nail to fundability. And that tells you a lot about society. When the assumption is, ‘What, you’ve become a woman? They’re unfundable.’ It was stark and dramatic and a wake up call that my life was going to be radically different from that point forward and nothing changed me inside. I was still the same executive, founder and person. Same skill set. But now I was a female and that changed everything.

What you’ve seen in the cannabis industry in the past four years…when you look at the fundamentals, you see the companies aren’t profitable, they’re not operating right, they’re unethical. Look at those companies and what don’t you see? Women’s leadership. So we found the problem but what does it mean? We have to fix it. It means consciously funding female businesses.

Before I was angry about things. Now I’m called bitter. It’s the same feeling inside, but now I’m bitter.

If venture capitalists do not actively choose to invest in women, they shouldn’t be allowed to invest at all.

California Pension Fund, the biggest one down there, actually mandates for only investing in companies with board parity. So things are changing. It’s going to get to a point where funds won’t invest in your cannabis unless it has female board members and female C-level. It’s coming. 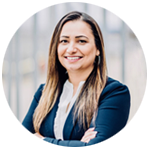 The cannabis industry is definitely a boys club. A lot of cannabis companies try to make it look like they have women so they’ll have one on the board. But there’s still not enough women CEOs and other executive levels. It makes it challenging as a woman to work. I find the focus is on today—how do we make money today and tomorrow? There’s no long term vision.

It’s not the easiest thing. Your voice isn’t heard sometimes. You don’t really feel part of the team. You have to push yourself a lot as a consultant. For research, you have to think long term.

I find that some guys are different in the workplace. They talk about how amazing they are all the time. Me, I’m more honest about what I can and can’t do. I deliver, but it’s realistic. Whereas I’ve worked with guys who talk up a lot and don’t do anything. How do these people get these roles?

I think that as the industry grows, [companies are] thinking more about having women on their board. But I think that the pressure is going to have to come from outside—people demanding that they’re not going to spend their dollars if you don’t have diversity on your board and management team.

Companies aren’t just getting thrown money anymore and the opportunities are global. To survive, cannabis companies are going to have to have more maturity at the leadership level. I think boards are going to push for better leadership and seeing results.

Current role: Creative director, Tokyo Smoke
Her life before cannabis: Prior to starting in the industry three years ago, she worked in fashion in New York.

It was tricky for me to navigate at the beginning. Not only was I the only woman and POC in the room, I would often be the only creative in the room. So how can you convey your ideas and influence people in a way that’s meaningful and tangible to them? They’re coming from a totally different background.

Three years in, throughout our company, now it definitely skews female. There’s a lot of great attributes that come with women in leadership.

Whether it’s the awareness that [women] have, or the sensitivity they bring to their work. The emotional intelligence is very high. It’s unifying and fortifying for women to see in that type of an organization.

The thing that is tricky for women in any management or leadership role, or professional setting is not necessarily having the resources and support system that most men do. Often times, because so much of leadership is men, they have other men to ask, in terms of how to handle different situations or navigate different scenarios in the office.

It has to be okay for women to feel vulnerable in seeking out those support networks. That’s been completely invaluable for me. It’s made me a stronger leader to have those people you can seek out and be completely vulnerable with and seek advice from. It often makes me feel less crazy because sometimes you’ll be encountering these situations and your intuition is telling you one thing and it sometimes helps to have those people for support and guidance to tell you ‘that’s not crazy, it was an insane situation and here’s how you deal with it.’ 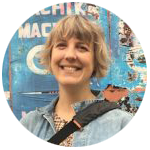 Current role: Senior editor at the Growth Op
Her life before cannabis: Prior to her current position, Kate wrote and edited cannabis content for outlets like Now magazine, The Globe and Mail, and the Guardian.

As someone who’s attended quite a few conferences and also worked in cannabis startups, I was pretty disappointed by the lack of female leadership and also just generally listening to female perspective.

I’m not perceived as a potentially important investor and I was never perceived as an authoritative source of information. From a journalistic perspective, I don’t really care. I’m just producing stories, but it certainly gave me pause.

When I thought about the other women in the room who were navigating the same conferences and probably getting treated the same way, it is harder to get respect. What’s so interesting about that, reflecting on the bubble and reflecting on how much hype this has turned out to be and how many people have been like, so full of shit, it’s not even funny, is how silly that perception is, right?

People gravitate towards the loudest man in the room and assuming that he knows what’s up. It’s probably not a great strategy moving forward in this industry.

There’s more and more and more a need for data, for numbers, revenue, for proof of evidence. We have been living in a sort of a fantasy world, leading us to legalization and now that the reckoning is upon us, it’s time to point towards what you’ve actually achieved.

I feel good about what I’ve achieved. And I know lots and lots of people who should feel really proud of that too. But unless you’ve got something to show for the last few years, I think you’re probably in a pretty shaky position.

How to grow marijuana in Michigan and Illinois

CBD Oil And Inflammation: 5 Tips For Getting The Most Benefits – Honest Marijuana

A ‘Museum of Weed’ is coming to Hollywood | Cannabis Culture