In the 1930s, two distinct potential futures existed for cannabis in the United States.

Cannabis was no stranger to us at that time. Cannabis tinctures were widely available at pharmacies, but people weren’t accustomed to getting high off of those tinctures. Things were changing as Mexican migrants and the (largely black) jazz subculture started to enjoy smoking cannabis as a way to relax and unwind.

This might have been just fine and dandy, had it not been for a man named Harry Anslinger, the first commissioner of the US Treasury Department’s Federal Bureau of Narcotics. He got the gig in 1930, so when alcohol prohibition ended just three years later, it looked like he was out of a job—until cannabis came into his crosshairs. Anslinger was also openly racist and extra motivated by the idea of turning its predominantly black and brown consumers into criminals.

There’s many horrid quotes by Anslinger that sum up his revolting position, but this succinct one is the most powerful to me: “Reefer makes darkies think they’re as good as white men.”

Cannabis gets a new name

Anslinger was a man with a mission. He was going to save his job, and he was going to lock up a whole lot of people of color while he was at it. Ol’ Harry knew that turning people against cannabis would take some real spin—he needed a bad guy, and granny’s arthritis medicine wasn’t going to be it.

“Marihuana” was the moniker that he ran with, transforming the beloved herb into an evil drug that caused “Reefer Madness.” To illustrate this PR spin, I’ll use another Anslinger quote:

“Marijuana is the most violence-causing drug in the history of mankind…Most marijuana smokers are Negroes, Hispanics, Filipinos and entertainers. Their satanic music, jazz and swing, result from marijuana usage.”

As you know, our cultural pendulum swung over to Anslinger, shaping the trauma-filled world of cannabis that we now live in—but if it hadn’t, that “satanic” jazz music might have shaped our world instead, and no one would be talking about “marijuana.”

Cannabis would have continued to be called “the gage”—a name that gives credit to some of the jazzy creators of our cannabis culture, rather than give homage to the man who did everything in his power to squash it.

Smoking the gage with vipers 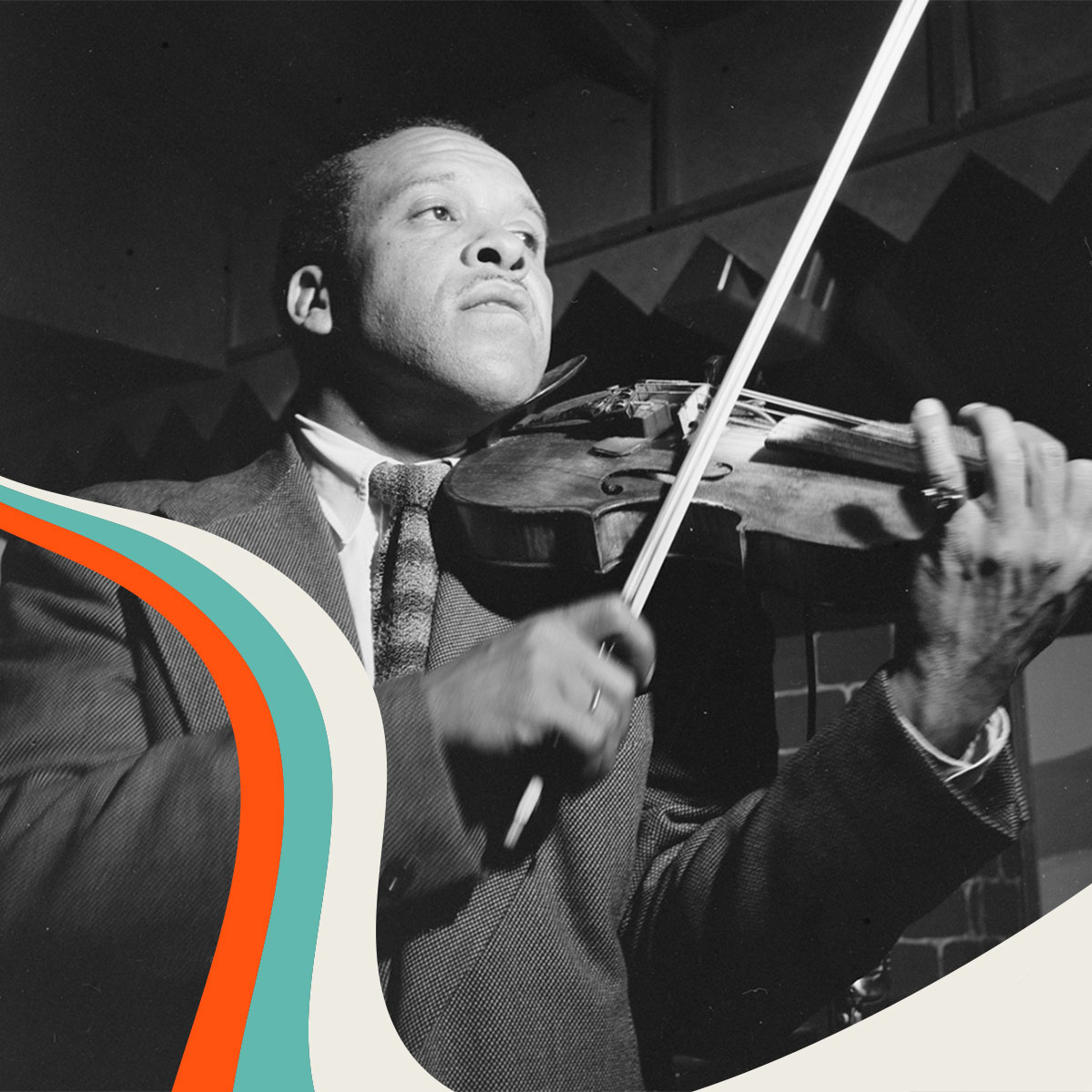 The gage has found itself beloved in many creative circles, but in the early days of jazz it was muse, subject, and therapy tool, all-in-one—a splendid inspirational force that penetrated the culture. As a muse, it inspired open thinking and lengthened time, allowing “vipers,” cannabis-loving jazz musicians, to mix it up and add more notes.

As a subject of jazz lyrics, there’s a whole catalog of early jazz songs dedicated to the gage. Take these lyrics from “Viper Mad” by Sidney Bechet and Rousseau Simmons:

Wrap your chops round this stick of tea

Blow this gage and get high with me

Good tea is my weakness, I know it’s bad

It sends me, gate, and I can’t wait, I’m viper mad

And here’s some choice lyrics from Stuff Smith and his Onyx Club Boys, “Here Comes the Man with the Jive”:

Where’s the man with the gage?

There is a man from way up town

Who will take away your blues

He is known from coast to coast to every cat alive

Whenever you’re feeling small, don’t care for this life at all

Light up and get really tall

Here comes the man with the gage

Speaks the truth, doesn’t it? And to illustrate the point of cannabis as a therapy tool, I’ll quote the the man who’s perhaps the anti-Anslinger, father of jazz, Louis Armstrong: “It makes you feel good, man. It relaxes you, makes you forget all the bad things that happen to a Negro. It makes you feel wanted, and when you are with another tea smoker it makes you feel a special sense of kinship.”

But in the end, the penalties for illegal cannabis were too much even for even Armstrong, leaving us these fine words on the matter:

“Well, that was my life and I don’t feel ashamed at all. Mary Warner, honey, you sure was good and I enjoyed you heap much. But the price got a little too high to pay. At first you was a ‘misdemeanor.’ But as the years rolled on, you lost your misdo and got meanor and meanor (jailhousely speaking). So bye bye, I’ll have to put you down, dearest.”

It shouldn’t have happened like that. People in undeniably challenging positions—like a black community just a couple generations after slavery—not only had this cultural treasure taken from them, but then the community at large was further punished with the horrific effects of the the war on drugs.

Looking at the baby cannabis industry now, it’s hard to argue that attempts at social equity have been successful (or anything more than lip service).

Changes won’t happen in the industry overnight because people replace a word, but perception matters, especially to people choosing who’s going to sit in their corporate boardrooms. If we start refusing to say Anslinger’s “marijuana,” perhaps it could create some cognitive dissonance in those rooms, a bunch of white Boehners finally realizing they don’t know WTF they’re even doing in this scene.

Probably not. But changes in lexicon do drive conversation. They matter. Perception has already shifted worlds for “cannabis” despite the fact that it’s only been a few years, and many still don’t even know what it is. (Though confusion isn’t wholly unhelpful in a PR switch, ask ol’ Harry Anslinger…) Having another politically-correct term in the mix could help shed light on the POC communities currently being ignored by the industry.

In some dreamy alternative universe without Anslinger, the popularity of getting high off of cannabis in the US would have came to be right as alcohol prohibition ended, perhaps tempering the way Americans now treat booze, making us a nation with far less drunken ills.

But we don’t live in that world, we live in one where this plant has gone through a hell of a journey to accomplish legal-ish status—and we’re still calling it by the name beloved by those who banned it.

Meg Hartley is an Alaska-grown cannabis writer and advocate who now lives and loves in Long Beach, California.

A Guide to Buying Cannabis in Missouri