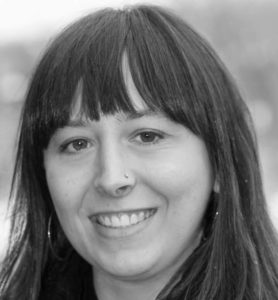 (Editor’s note: This story is part of a recurring series of commentaries from professionals connected to the cannabis industry. Celia Daly is the director of operations for San Francisco-based Poseidon Asset Management.)

For many, it signaled coming change. But was it really the watershed event we’ve been waiting for?

About one-third of all Americans live in states with access to legal cannabis for recreational use, and nearly 70% of Americans now support marijuana legalization.

After the unveiling of the CAOA, cannabis stocks surged. However, despite expectations, the proposed federal legislation appears to be going nowhere fast, reflected in the subsequent market drop.

Why is it that movement on Capitol Hill fails to be a reliable signal of marijuana progress? And where might we look instead?

The fact is, the federal government is notoriously bad at driving innovative industries. Rather, sweeping federal reforms and legislative action come historically as a result of a push from big business and industry.

Simply put: Capitalism has always been the change agent in the United States – for good, bad or indifferent. And cannabis is no different.

But, when it comes to this nascent industry, giants are just beginning to take shape. It is true that multistate operators (MSOs) are charging ahead without federal regulations as more states open legal markets.

In 2020, the cannabis industry grew 40%, all while contending with lack of banking access and punitive taxes in the form of Section 280e of the federal tax code.

And while federal reforms are critical to creating an inclusive industry – in the form of expungement and access to startup capital, for example – marijuana has shown itself to be remarkably resilient despite them.

Still, MSOs have neither the political clout, established relationships nor deep-enough pockets to move the needle on real reform.

But powerhouse organizations such as Apple, Amazon and the professional sports leagues have that in spades. And they’re showing interest.

Recently, Apple reversed its policy banning cannabis-related apps from its AppStore. Eaze and The Parent Co.’s Caliva delivery apps were two of the first movers into the AppStore, offering their geo-fenced delivery apps for the California market.

The NFL has loosened its rules regarding cannabis use among players. Major League Baseball has removed cannabis from its banned substances list. The UFC followed suit, as did the Nevada State Athletic Commission, the state’s licensing and regulatory agency for boxing and mixed-martial arts.

But perhaps the largest player that has entered the conversation is Amazon, which recently changed employee cannabis policy and announced public support for the MORE Act.

Investors responded to this announcement, realizing what having the power of the Amazon lobby might mean for industry momentum and pro-business regulation.

While these businesses’ true interest in cannabis is not yet clear, their adoption of marijuana-friendly attitudes add legitimacy within the halls of Congress, where they have been lobbying legislation for decades.

In what can only be described as a risk-averse environment, pro-cannabis legislators from both parties will be eager for air cover.

This should come as no surprise. When we look at other disruptive industries in the U.S. throughout history, almost all legislative change came after private enterprise exerted pressure on the federal government to acknowledge and accommodate their interests.

From oil and gas to electric vehicles to cryptocurrencies to gambling, the interest of big business catalyzes change. We are seeing a similar pattern emerge in cannabis.

Federal legalization is important to the future of the industry and something many Americans are eager for.

But the independent political movements in Washington DC should be less of a signal of what is to come than the movements of big business.

Know where to focus your attention. Legalization is coming.

The free wheel of capitalism will be the change agent, as it has always been in the United States.

Celia Daly can be reached at cdaly@poseidon.partners.

The previous installment of this series is available here.

To be considered for publication as a guest columnist, please submit your request to editorial@mjbizdaily.com with the subject line “Guest Column.”

Impact of COVID-19 on cannabis retail sales varies by state