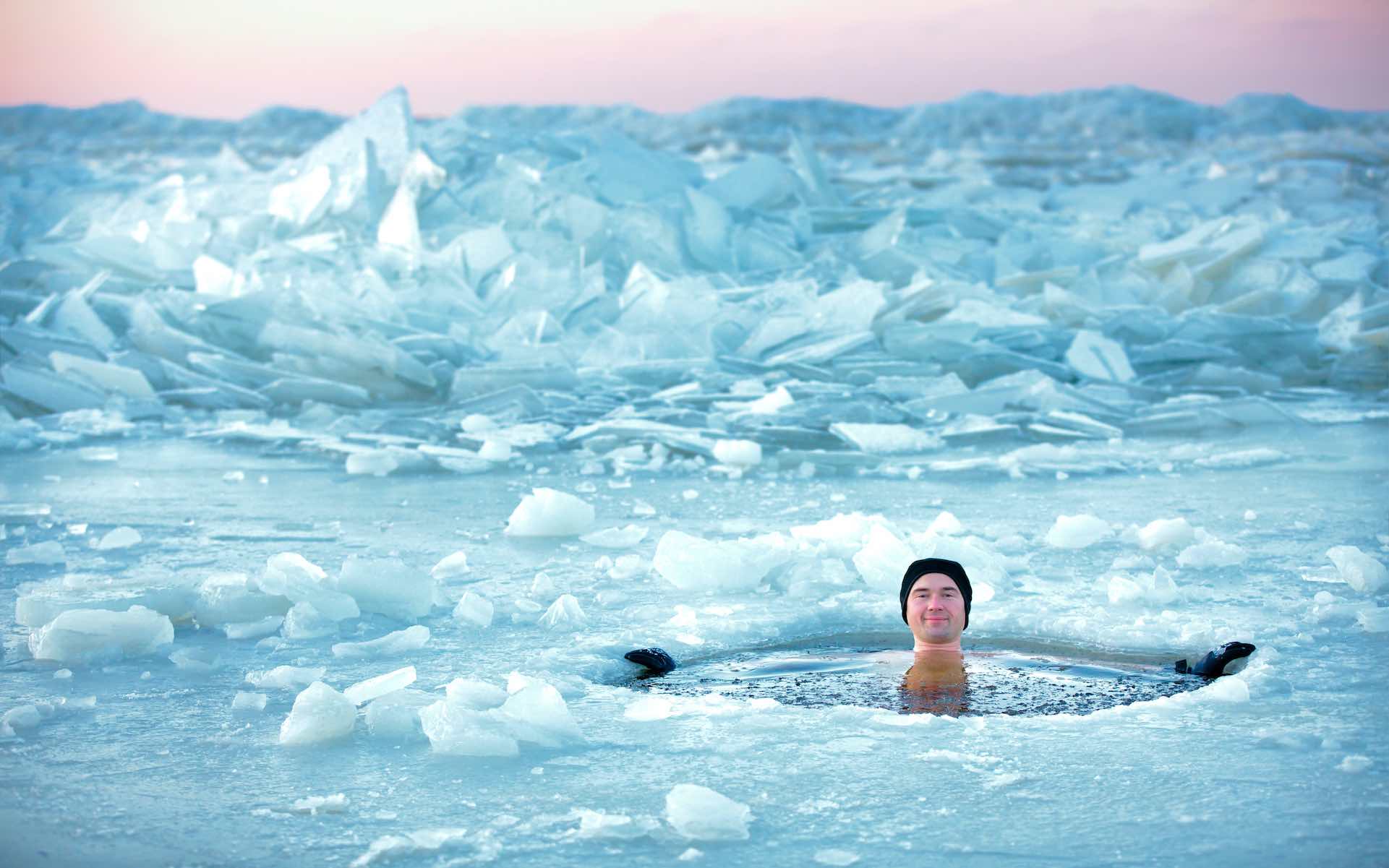 Have you heard of the Wim Hof Method (WHM)? It’s a wellness practice that involves concentrated breathing exercises followed by exposure to extremely cold temperatures, and it’s said to result in all kinds of health benefits. It has also led to Hof himself breaking many world records for cold temperature exposure.

This is pretty cool on its own, but it also turns out that WHM can raise the levels of your body’s natural cannabinoids, or endocannabinoids.

Like many, I was introduced to the eccentrically delightful Wim Hof—often called “The Iceman”—via the recent Netflix documentary, which features a group of Goop Lab staffers doing an ice-cold plunge after breathing exercises. That week, a doctor I interviewed for a Leafly article coincidentally brought up WHM too, suggesting it might help me manage fibromyalgia symptoms because it raises natural cannabinoid levels.

As you might know, endocannabinoids are the body’s version of the cannabinoids in cannabis; they interact with the receptors in our endocannabinoid system (ECS) in our bodies to regulate a large variety of functions and help keep the body in balance, so all kinds of things can go awry when your body isn’t making enough of them. It seems that breathing exercises, plus freezing water, can help.

The science of The Iceman

Professors at Wayne State University published a study on how The Iceman’s brain responds during controlled whole-body cold-temperature exposure. They studied Hof and found stunning differences in how he reacted to cold exposure compared to other healthy adults.

They expected him to show significant brain activations where the brain’s higher thermoregulatory centers are located, but instead they observed differences located in his upper brainstem. “This area is associated with brain mechanisms for the control of sensory pain and is thought to implement this control through the release of opioids and cannabinoids,” said Otto Muzik, PhD, one of the authors of the study, in a statement.

The study explains that the release of endocannabinoids due to WHM leads to a state of relaxed, euphoric well-being: “This mechanism might mediate the release of endogenous opioids/cannabinoids in both the periphery (via the descending pain/cold suppression pathway) and the CNS … leading to a feeling of euphoria, anxiolysis [decreased anxiety] and a sense of well-being, which further promotes an attentionally focused (mindful) state that augments the analgesic effect of endocannabinoids.”

Unfortunately, for those of us hoping to get ECS perks with the breathing exercises minus the freezing temperatures, the study says that the freezing element is needed to really get the ECS pumping: “Our results agree with earlier studies showing that aversive stimuli to the skin (thermal, mechanical or chemical) are particularly potent in activating endocannabinoid anti-nociception [blocking the detection of painful stimuli] in higher cognitive areas.”

The study also relates the boost to the ECS as a hope for healing autoimmune disease: “Moreover, endocannabinoids inhibit oedema [swelling] and inflammation … which agrees well with previous reports that describe a decreased immune response associated with WHM practice.”

This is why that doctor suggested WHM could help me manage fibromyalgia, as well as other diseases thought to be centered around the autoimmune response.

How to do the Wim Hof Method

Reaping the benefits of the Wim Hof Method is pretty darn simple. All you need to do is get comfortable, sitting or lying down, and follow the instructions in this 11-minute video:

Take 30 deep breaths, doing something called wave breathing: fill your stomach fully with air, then your lungs, then release through your mouth.

After the 30th breath, breathe out all air and try to hold it for one minute. When the minute is up, breathe in and spend fifteen seconds with your lungs filled to capacity, then release—this is the glorious time when I start to feel those endocannabinoids roll in.

Just as what happens with herb, my fibromyalgia pain is lessened in a whooooosh that causes such relief, it’s euphoric. With WHM, this moment’s relief is also accompanied by an intoxicating sensation that I rarely get from cannabis (as a full-time medical user).

And then you start again. The second and third rounds have you hold your breath out for 90 seconds, but it’s important to not push it, and take a breath if you need to. I’ve noticed that the pleasurable sensations tend to increase with each round, which is fun.

After the third round comes the cold shower. I like to do a dry brush before mine, which helps detoxify the body and also feels really nice after all that tingly-making breathwork.

So, it’s been one month of daily Wim Hoffing it up, and I must say: I still do not like cold showers. However, I do already see the benefits of taking them, as they leave my energy stores a bit rejuvenated and my skin feeling weirdly awesome for the rest of the day.

I started with just barely making it through a minute-long cold shower, and now my longest time is a little over three minutes—I’m digging the self-competition element to WHM as well.

And the team at Wim Hof actually put out a free Quarantine Challenge just for the current situation, which takes this exercise through 40 days, ending in 5 rounds of breathing and a two-minute cold shower. Hey, what else are you gonna do? Plus, what better time to boost your immune system?

Best wishes on this journey, and as Hof says, “enjoy getting high on your own supply.”

Meg Hartley is an Alaska-grown writer who lives and loves in Long Beach, California. Check out more of her work via HowILostAllMyF-cks.com and by following her on the socials, @howilostallmyfs.

The Weedmaps guide to getting into concentrates

Why Hacktivists Say You Should Invest in Zig-Zags