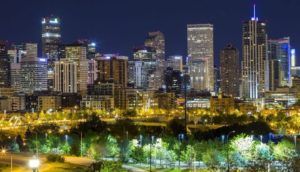 A study by Denver regulators highlighted that marijuana company ownership in the city and county is predominately white, spurring a debate over the value of the analysis itself and how to improve local business opportunities for people of color.

Hispanic, Latino or Spanish respondents represented about 13% of owners and 12% of employees.

“This study sadly confirmed what was widely suspected,” said Ashley Kilroy, executive director of the Denver Department of Excise and Licenses. “Just like what has been seen across the state and in other legalized markets across the U.S., Denver does not have a diverse marijuana industry.”

But one prominent local entrepreneur and minority activist blasted such efforts as merely paying lip service to a problem that is systemic and deeply rooted in racial injustice in the United States.

The City and County of Denver commissioned the cannabis business and employment study with the intent of informing policy and lawmakers as regulators consider changes to cannabis licensing, including new permits authorized by state law.

The report found similar results showing a lack of diversity in Denver’s cannabis industry to what was documented statewide in the recently released state of Colorado demographic report.

But to people such as James, a study about diversity in the industry does nothing if the city’s regulators continue to award cannabis licenses to white business owners.

She’s unhappy the city didn’t include her, one of only a few black cannabis business owners in Colorado, to help with the study.

“Every white (cannabis) organization is fighting to keep the licenses out of the hands of social equity applicants,” James added.

She pointed to Denver-based Native Roots marijuana chain receiving the first license to deliver medical cannabis as one example of regulators going back on their word to help people of color gain a foothold in the industry.

James said there has been discussions for years that the delivery licenses in Colorado would go to social equity applicants.

“All you have to do is take a picture of a cannabis industry event in Colorado” to know the industry is predominantly white, she said.

The study also found that training in industry best practices, information on how to access capital and business-plan development or accounting help would benefit almost half the survey respondents by advancing their careers in the industry.

Bolivar agrees that training and workforce development are key areas to focus on to help people of color get a leg up in cannabis.

“We want more managers and people of color in prominent positions,” she said. “But what we really want is ownership.”

Bolivar added that she’s consistently advocated for setting aside money from marijuana revenue dollars to create grants and loans for social equity candidates, another idea that’s been floated for a while in the industry.

Cannabis Consumers Coalition has pushed for a bill to ensure social equity candidates can receive licenses that are planned to be available in 2021.

“If Colorado doesn’t act quickly to define a social equity candidate this year, Coloradans that were most harmed by the war on drugs will miss out entirely on securing ownership the industry,” Bolivar noted in a news release.

To date, social equity provisions intended to create more diversity in legal marijuana markets have had limited success, according to industry officials.

One barrier to entry is that cannabis companies typically require entrepreneurs to shell out a substantial amount of capital to get started and remain competitive.

The competition is even more difficult in a market such as Colorado, which is relatively mature and saturated.

So, for example, handing out new licenses to social equity applicants to compete in the competitive retail sector might have significant challenges, said Nic Easley, a Denver-based cannabis consultant.

Instead, he suggested regulators could create a new license category and give precedence to people of color.

For instance, during the coronavirus pandemic, some Colorado municipalities allowed for medical marijuana delivery for the first time.

Easley pointed out that those delivery permits could be offered to social equity applicants to give them an advantage – or at least a fair start.

“If Colorado wanted to undo the wrongs of this, they would be giving delivery licenses out to people of color,” he added. “It’s almost too little, too late.”

Bart Schaneman can be reached at [email protected]

For a sampling of organizations and efforts that support, foster and enhance social equity in the cannabis industry as well as opportunities for minorities, overall diversity and racial justice, click here.

Most California marijuana businesses have no right to due process, court filing asserts

Why Cannabis Legalization in Other Parts of the World Could Be Bad News for...