This article is brought to you by Spruce CBD, applying research and dedication to the creation of CBD oil.

Not all bodies and brains are the same, so not everyone’s going to get the best results from the same hemp. This is why Spruce CBD, a family-owned company in North Carolina, doesn’t think just creating the best CBD oil is enough. It’s about taking the time and effort to tailor a CBD experience to a whole person.

“Spruce is focused primarily on efficacy, getting results, and helping those who have been burned by previous attempts at getting relief from CBD,” explains founder, Tony Spencer.

Spencer had created natural relief products before—but had been skeptical of CBD. But when his customers started pressing him to create CBD products, he looked into it.

What Spencer found was a complicated web of inconsistencies in dosage, manufacturing, and hands-off customer service that set many people seeking relief up to fail. So he got to work speaking with pain, chronic illness, and anxiety communities about their experiences, inspired by one of his own.

“My grandfather suffered terribly from Parkinson’s for as long as I knew, and from my earliest memories, he was shaking,” recalls Spencer. “All along the way, I remember hearing my grandmother say, ‘oh, we’ve got a new drug to try’ or ‘we have a new pharmaceutical that the doctor thinks is going to do it for us.’ Each drug would be impactful for about a week, had a host of negative side effects, and would inevitably stop working. But CBD was different, and I was convinced we should pursue it.”

A strain that stood the test of time

Spencer spent 2018 traveling the country looking for the highest-quality strains of hemp, and only two made the final cut: a centuries-old strain grown in Kentucky and another grown in his home state of North Carolina. The first is over 120 years old and with genetics that can be traced back as far as the War of 1812.

According to Spencer, maintaining as much of the whole plant without too much meddling helps produce the best results so starting with the right plant is of the utmost importance. 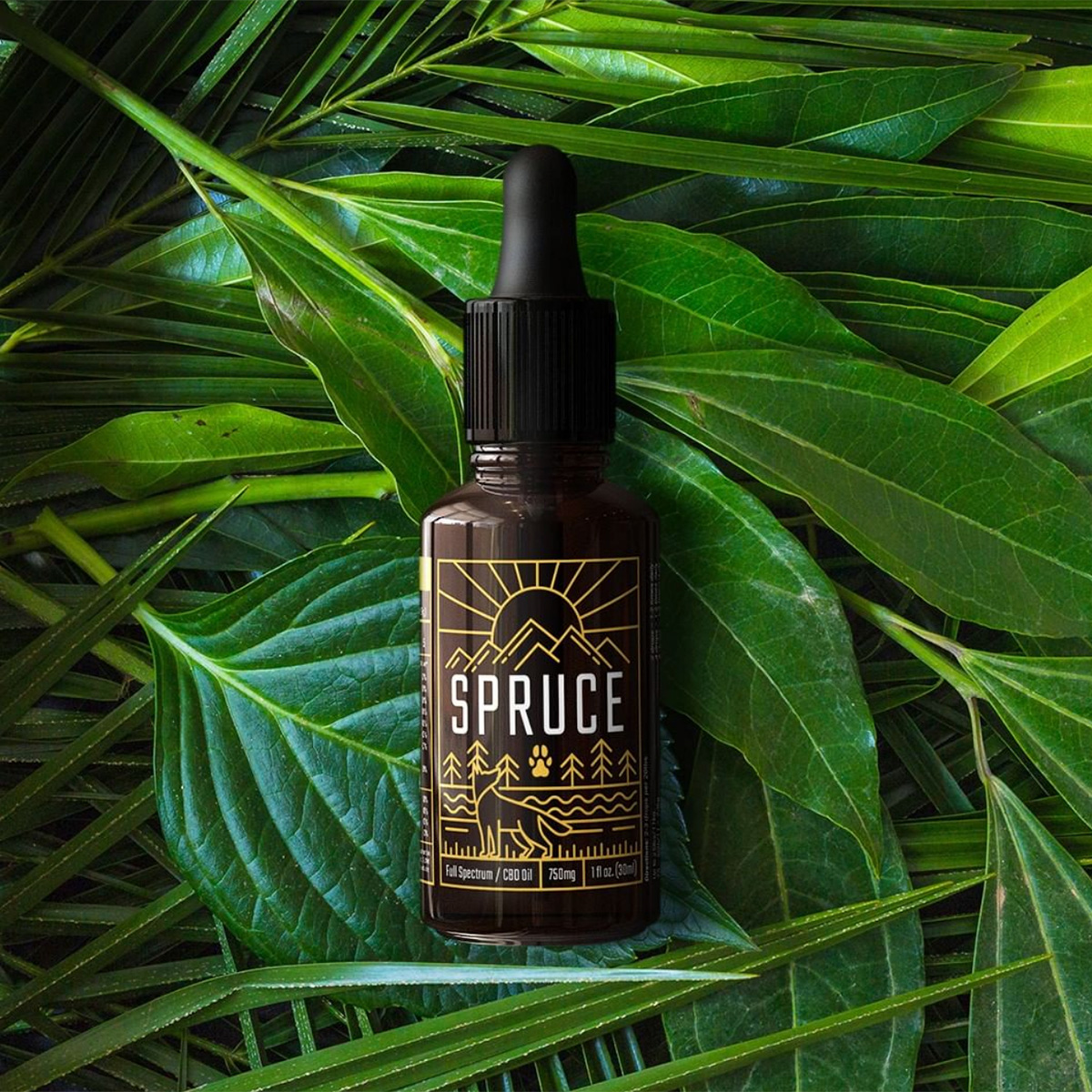 “It seems like nature has it right,” says Spencer. “The closer we stay to nature, the better these things work.” Spruce’s high-touch customer engagement and strain diversity add another layer to being a Spruce CBD consumer. If someone’s not getting what they need from the Kentucky strain, they might have better results with the North Carolina one, and vice-versa.

In his work with customers, Tony’s learned a thing or two about how to match the right oil to the right person. Aside from the wrong strain of hemp being used as a building block, the biggest issue he’s seen is that people buy cheap, weak products off the shelf and get discouraged.

“They start out with too low of a dose, and they just figure this stuff is a bunch of hype, it’s a fad, or it’s a bunch of snake oil,” explains Spencer. “It’s not just about potency, though. Quality matters.”

Working with customers to get it right

At Spruce, they start customers on a base level of 25 milligrams of full-spectrum, hemp-derived CBD, which seems to be a sweet spot for many beginners. From there, Spruce helps customers fine-tune the experience.

Spencer has been floored by what he’s witnessed—including cases he’s seen that were strikingly similar to his grandfather’s.

“The man picked up a notepad and started writing his name over and over again without saying a word,” says Spencer. “Finally, a relative said, ‘Why are you doing that?’ and he replied, ‘I haven’t been able to write my name in three years.’ He was just so thrilled.” 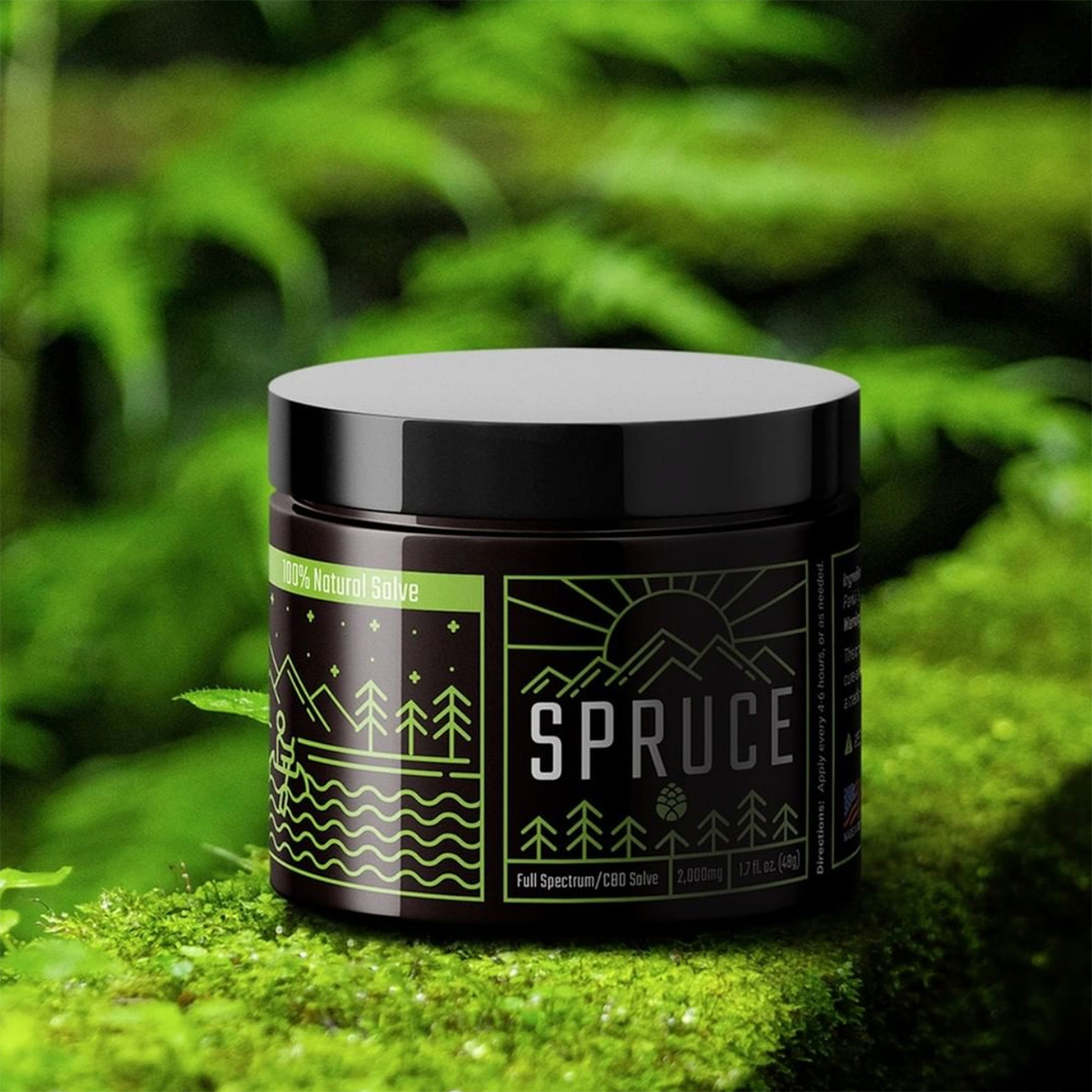 Today, Spruce’s customers can get started with an online quiz to get the basic questions out of the way as they begin their CBD journey.

If their first try doesn’t work, Spruce even has a follow-up quiz to help improve the experience the next time. But Spencer is quick to point out that the automated quiz is not a replacement for hands-on help.

“We want to work with you,” he says. Customers are encouraged to speak with Spruce’s team through online chat, email, and even over the phone.

By not giving up on customers—being proactive at the beginning, then following up— Spruce CBD is here to help them experience everything CBD has to offer while feeling seen, informed and supported.

Where to get a Star Wars Bong