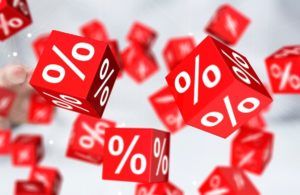 The draft bill outlining Senate Majority Leader Chuck Schumer’s federal marijuana reform legislation sets a nationwide MJ excise tax that would rise from 10% to 25% over five years, a top rate that industry officials argue would be overly burdensome to operators as well as too high to combat illicit operators.

The Cannabis Administration and Opportunity Act – unveiled earlier this month as a 163-page “discussion draft” – would legalize marijuana by removing it from the federal Controlled Substances Act.

That means it would eliminate Section 280E, the provision in the Internal Revenue Service tax code that prevents marijuana businesses from deducting the same ordinary business expenses that mainstream industries can.

But a 25% federal excise tax on marijuana – on top of any state and local taxes – would hit growers especially hard, quite likely exceeding their savings from the elimination of 280E, experts said.

“I think something in the range of 10% to 15% (for a federal excise tax) would be fair,” said Nick Richards, a tax attorney and partner of Denver-based law firm Greenspoon Marder.

“That piece doesn’t seem to be super well-thought-out.”

Beginning in Year Five, the tax would be imposed based on a per-ounce rate in the case of cannabis flower or a per-milligram of THC rate for extracts, according to a bill summary by the Washington DC-based Marijuana Policy Project.

The rate would be determined by the U.S. Secretary of the Treasury to be equivalent to 25% of the price of cannabis sold in the U.S. in the previous year. The draft legislation doesn’t provide details on how that would work.

California industry officials have long complained about high local and state tax rates that undercut their ability to compete with the illicit market.

By comparison, Mangone noted, the social justice-focused legalization bill known as the MORE Act in the U.S. House of Representatives calls for a 5% federal tax rate, increasing to 8% over time.

Mangone said California operators are apprehensive about such a high additional tax assessment when they already face a high state tax burden and a “fairly robust illicit market.”

There is a break in Schumer’s bill for small businesses, however.

Small cannabis producers with less than $20 million in annual sales would be eligible for a 50% excise tax reduction, through a credit, according to the MPP bill summary.

Producers with more than $20 million in sales would be eligible for a tax credit on their first $20 million of cannabis sold annually. Sales above that amount would be subject to the full excise tax.

Pablo Zuanic, an equity analyst for New York-based investment banking firm Cantor Fitzgerald, also indicated in a research note that he believes the 25% top rate is too high.

“The proposed federal excise tax may be best capped at 15% for the first five years,” he wrote.

Schumer had been expected to introduce the comprehensive marijuana reform bill by now.

The sponsors are taking comments on the draft measure until Sept. 1 , with the bill’s introduction unlikely until a couple of months after that, Mangone said.

He said Schumer’s goal is to have a Senate floor vote by April 2022.

“I think it’s going to be a longer process than a lot of the industry would like and a lot of folks are expecting,” Mangone said.

The bill is considered a heavy lift because passage in the Senate likely would need 60 votes – or at least 10 Republicans.

In terms of the tax provisions, Mangone said he expects the sponsors will get a “lot of feedback” on the proposal.

He noted that Senate co-sponsor Ron Wyden, an Oregon Democrat, is a leader in tax policy issues and “I think he’s going to be open” to some proposed changes.

That’s as long as enough tax revenues are generated to adequately fund the social equity and restorative justice provisions in the bill, Mangone said.

‘Devil in the details’

Mangone said that similar to alcohol and tobacco, the federal excise tax likely would be applied at the “point of first removal,” typically on the cultivation or processor level.

But the effects would ripple down the supply chain to retail stores and consumers.

Ultimately, Richards said, “the devil will be in the details,” referring to the potency-based tax beginning in Year Five.

Mangone noted that more states base tax rates on weight versus potency. He said federal regulators would have some time to look at those examples and figure out the best approach.

The draft bill implies that the rates would be set based on average cannabis prices in the previous year.

But Mangone noted that “taking an average may not be the best way to figure out that price” because prices vary across the country depending in part on supply and demand factors.

“I hope when they look at that that they take a holistic view rather than a straight average,” he said.

He also expressed concerns that pricing by potency could motivate some producers to lower THC levels through non-cannabis additives that harm consumers, an issue that led to the vaping crisis.

Retail stores and dispensaries especially are hard hit, with 280E often accounting for 25%-30% of a company’s costs, he said.

For growers, it’s more like 5%-15%, depending on how much of a marketing arm they have.

A straight 25% federal tax would hit growers hard, exceeding more than the money they would save by no longer facing 280E, Richards said.

Jeff Smith can be reached at [email protected].

We are now offering Free Shipping!

Why Aurora Cannabis Hasn’t Signed a Deal With a U.S. Giant Like Other Pot...

Cannabis and OCD: What does the science say?