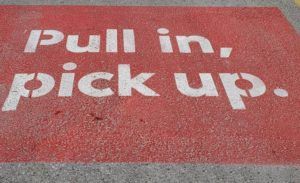 Ontario’s regulated cannabis stores are allowed to offer curbside pickups and home delivery for at least the next two weeks. (Photo by Matt Lamers)

A temporary emergency order allowing Ontario’s private-sector cannabis retailers to engage in curbside pickup and delivery will be allowed to expire, the provincial government said Tuesday – even though the COVID-19 pandemic is far from over.

“As our province carefully moves towards recovery, the (emergency order) to temporarily allow for cannabis retail curbside pickup and delivery will end when the Declaration of Emergency expires along with other temporary measures that had been put in place to support people and business during the public health emergency,” Richard Clark, communications director for Ontario’s minister of Finance, wrote in an email to Marijuana Business Daily.

“As part of the government’s framework for reopening our province, cannabis retail stores can reopen with measures in place that can enable physical distancing, such as limiting the number of customers in the store at any one time and booking appointments.”

Clark did not say exactly when the order would be allowed to expire.

The end of the emergency order could present a new challenge for Ontario’s small but growing number of cannabis store operators, some of whom saw the opportunity to offer curbside pickup and home deliveries as a lifeline in uncertain times.

The expiration of the emergency order will leave the government-operated Ontario Cannabis Store, an online retailer, as the only legal cannabis source allowed to make deliveries in Canada’s largest province.

“One is,” he said, “if you go back a few months when they initially closed the cannabis stores because of being deemed ‘nonessential’ – literally there were ads taped to legal stores’ doors from the illicit market, saying, ‘Call us.’”

After being allowed to reopen with curbside pickup and delivery, businesses such as Jesty’s scrambled to put those systems in place.

“It’s still a pretty good chunk of business for us, and I do think that’s one thing that the illicit market has really figured out – that’s their whole business model, is delivery.”

On top of that, Jesty pointed out that the COVID-19 pandemic still isn’t over, and concerns about social distancing remain.

“To take away that opportunity for customers that want to use a delivery or a curbside (pickup) – which we’re still seeing as a pretty significant piece of our business – to take that away and force people to now have to interact and go into stores, when realistically there’s no reason for it … doesn’t make a lot of sense,” he said.

A spokesman for Ontario’s cannabis store regulator, the Alcohol and Gaming Commission of Ontario (AGCO), said click-and-collect will still be allowed.

“After the emergency order has ended, retailers will still be able to offer click-and-collect services for the sale of cannabis, accessories and items related to cannabis,” the AGCO’s Raymond Kahnert added.

“However, customers will be required to pick up all purchases in-store.”

Solomon Israel can be reached at [email protected]