This article is brought to you by TOQi, makers of intuitive cannabis technology.

If you’re looking to spend some quality time with a new cannabis gadget, a little binge-watching is the way to go. But with so many strain options and so many shows to watch, it’s easy to get stuck by indecision trying to find the best 510 cartridges to use.

Fortunately, you answer a lot of the same questions for both your herb and your entertainment: Do you want to turn your brain off or turn the volume up? Are you in the mood for something serious, or do you want to get goofy? Do you want to stay grounded in reality or go somewhere a little weirder? Are you chilling by yourself or with others on Netflix Party, Zoom or Facetime? 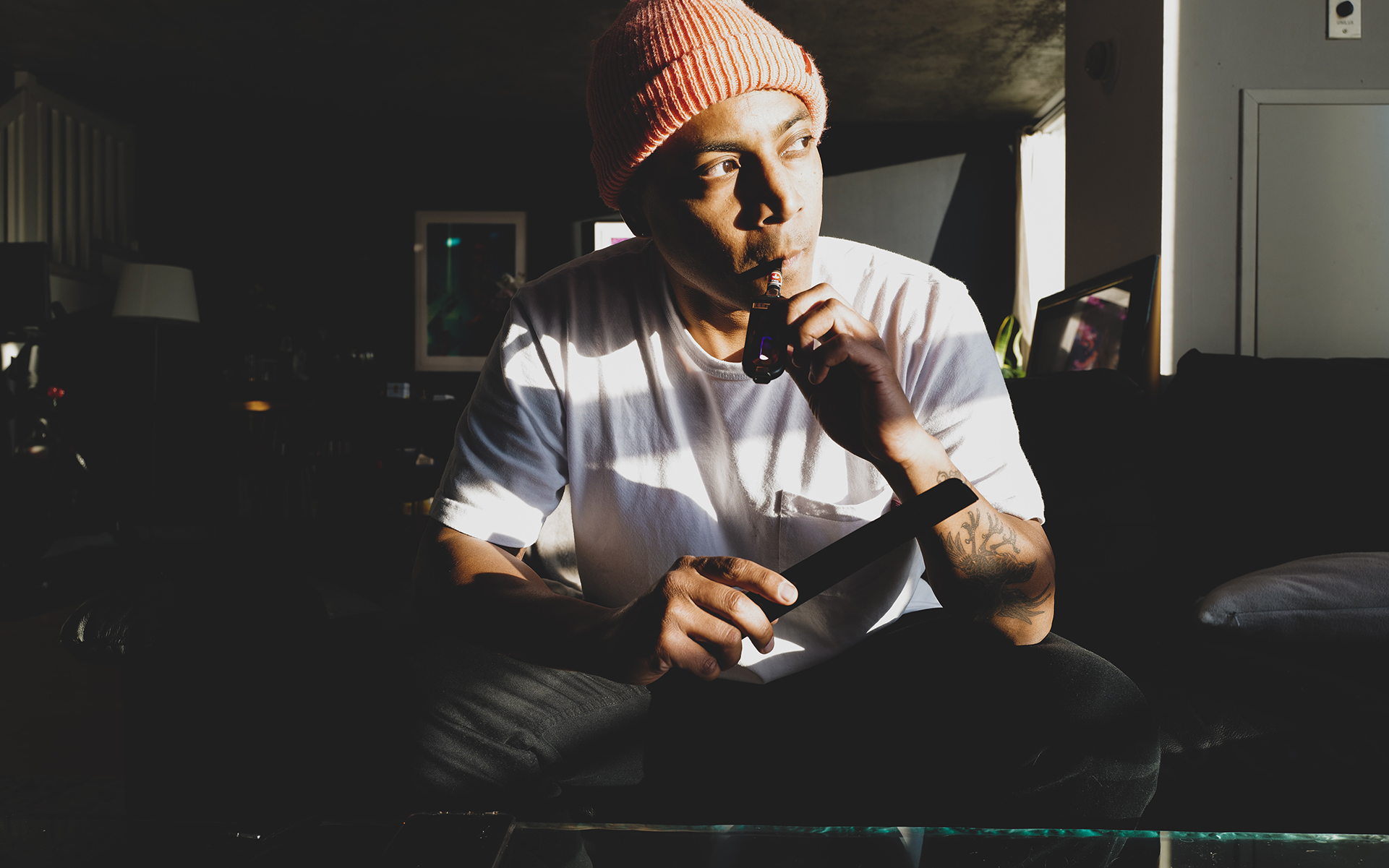 Drew Henson of TOQi shares his top 10 Netflix and 510 cartridge pairings with Leafly.

TOQi lead inventor and CEO, Drew Henson, paired his top 10 Netflix shows and movies with 10 high-quality 510 cartridges for your viewing and vaping pleasure. The Netflix selections include award-winning and critically-acclaimed motion pictures, but also a K-Drama and notable entries at film festivals. The pairings were carefully selected based on his experiences, with a curated temperature setting on the TOQi 510 wireless vaporizer.

For long binges, TOQi makes vaporizers and futuristic accessories that can hang with you on the couch for hours.  Keeping the TOQi 510 charged up is as easy as setting it down on a wireless charging pad. And since it uses standard 510-thread carts, your strain selection is practically limitless—although all the below strains have been handpicked to match some of the best movies to watch while enjoying indica, sativa, or hybrid strains. 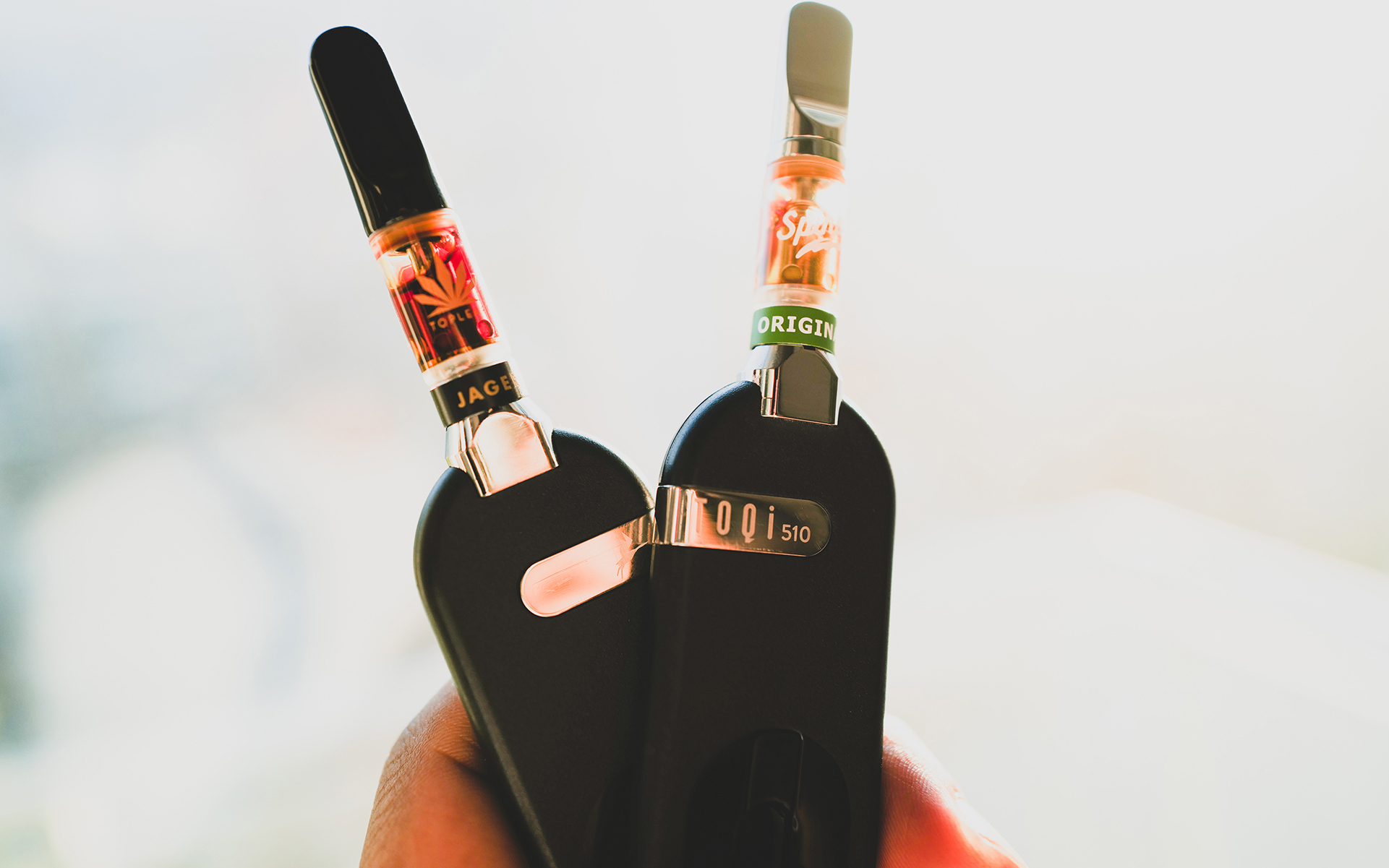 Jager is an Indica-dominant strain that can chill you out without knocking you out, the right state of mind for watching Top Boy – an intense drama about the drug trade in and around a British council estate. You’ll need to stay alert to keep up with a wide cast of characters and their dramatic twists and turns but having a little something to take the edge off could help usher you through the show’s more stressful moments.

Henson thinks this show is just a little bit sweeter since he and executive producer, Drake, are both from Toronto. In his words: “Only the real ones allowed, open up the full Jager OG, and hold on.” 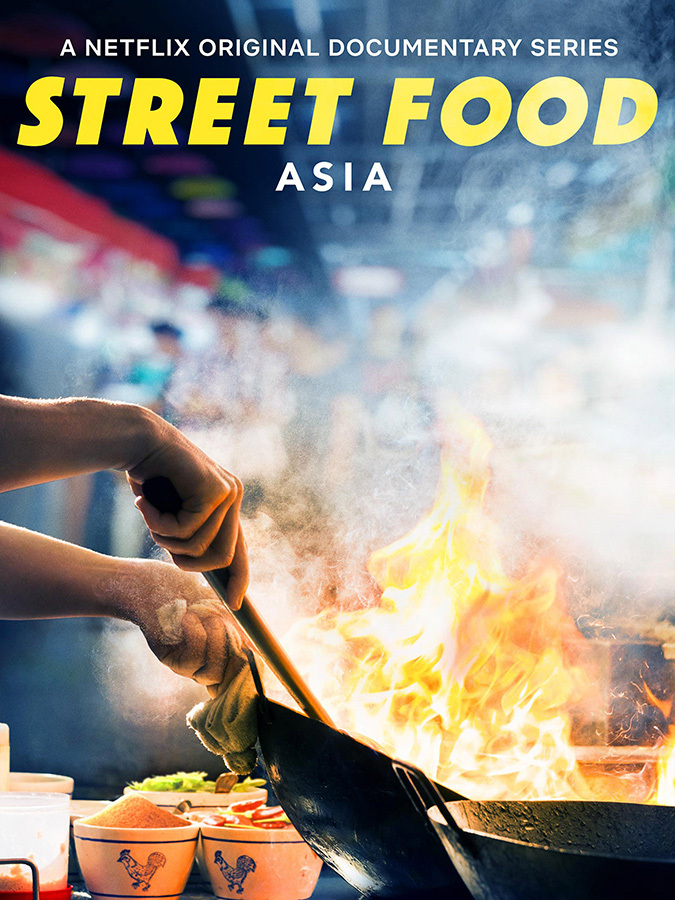 Street Food: Asia introduces you to the people behind the best street food on the continent in a way that’s about the culture as much as the cuisine. Tangerine Dream is fun and adventurous, but relaxing, perfect for doing a little international travel from the couch. This strain isn’t known for heavy munchies either—so if you feel inspired to make your own themed snacks, you probably won’t eat all of your ingredients along the way or you can just enjoy the tasty tangerine terps.

Pair with Jack Herer by Bloom

Jack Herer is a gregarious strain, perfect for busting social anxiety, and getting a party started. It creates the perfect mindset for Terrace House, a Japanese reality series that follows six strangers living in the same house—kind of like Real World, but more invested in the human experience than forced drama. Pair the two together and after a few hours of binging, you’ll feel like you’ve made six new best friends.

Jumanji: Welcome to the Jungle 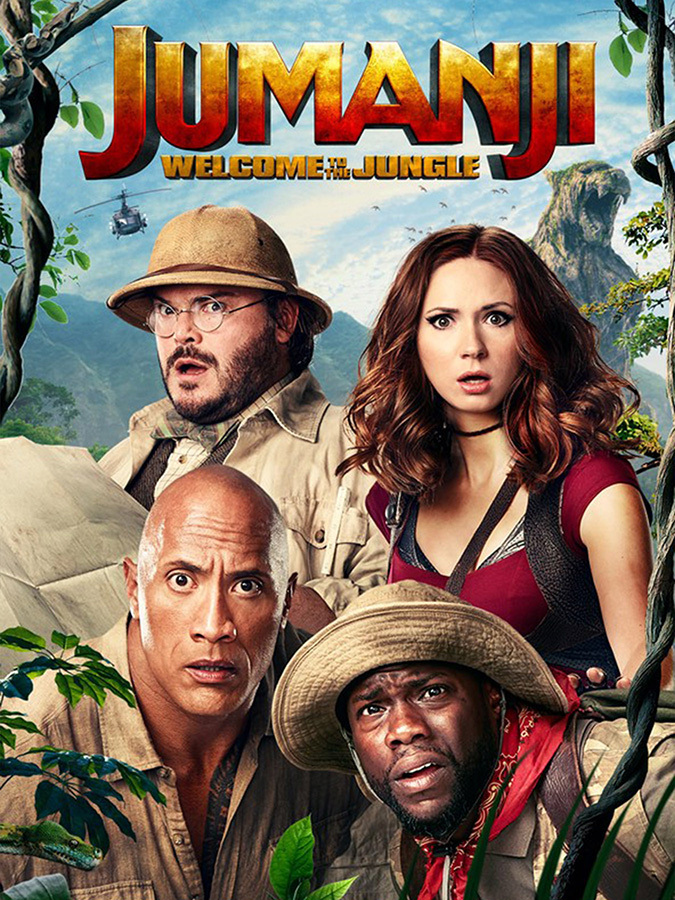 Pair with Strawberry Fields by MadMen

Strawberry Fields hits you hard, and despite being a hybrid, it has a tendency to make you become one with the sofa. Lean into that couch-lock with Jumanji: Welcome to the Jungle. It’s perfect for Strawberry Fields’ extra-stoney high.

Set 21 years after the 1995 Jumanji film, it takes childhood nostalgia and throws in some wacky high-school antics, a few helicopters, and Dwayne “The Rock” Johnson. You might feel a little silly getting lost in Jumanji lore, but you’ll have a great time doing it.

Smooth air-flow guaranteed, heavy content but without the heavy burnout.

Pair with Cruise by Canndescent

Cruise is a focused strain, perfect for curling up with an exciting book, or maybe just the action-packed, drama-filled series based on a book. Like many a mafia series, Gomorrah is a deep web of politics and personal drama, of alliances and betrayals. Pair these two together to get lost in the story, but still keep track of every narrative thread.

Drew’s award for “trippiest” on Netflix 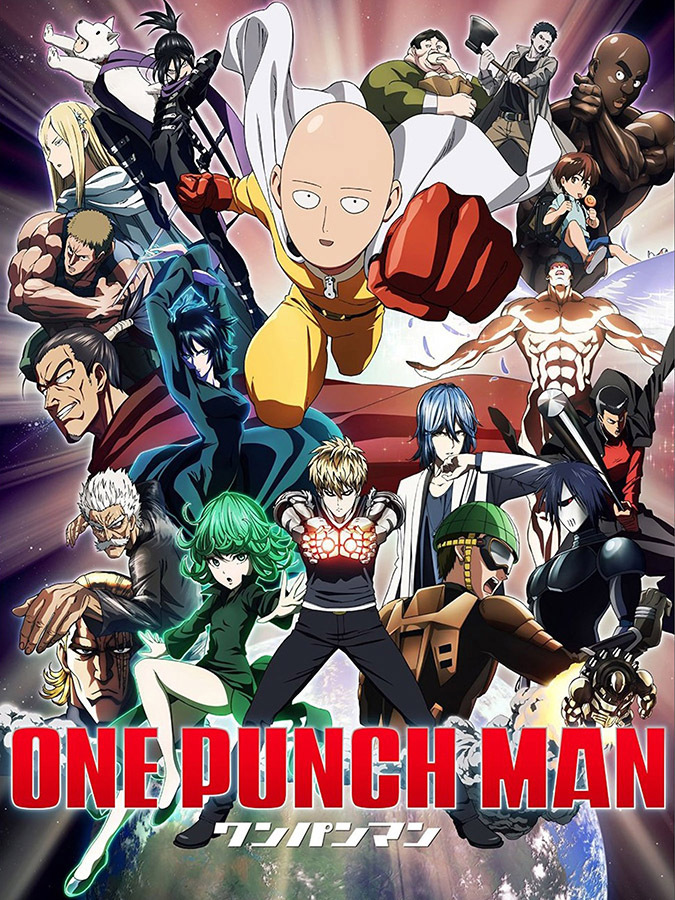 Pair with Blueberry by Kurvana

Blueberry is a classic, giggly strain, and One Punch Man is the perfect companion. The anime series follows a man that can defeat any enemy in one punch. While he’s overpowered in ability, he’s not particularly savvy in any other respect—and since this world is full of heroes, he’s constantly getting upstaged by a host of other characters with even goofier gimmicks.

Don’t worry if you get too lost in that Blueberry euphoria: A lot of One Punch Man’s plot developments and characters come out of left field, but it’s still a pretty easy show to follow. At the very least, encountering new heroes like Tank-Top Tiger, named for his tiger stripes and tank top, will keep the stoner laughs coming. In Drew’s words: “It’s wild af. Every punch is one punch at high temperature. Perfect for the more intense psychoactive effects.” 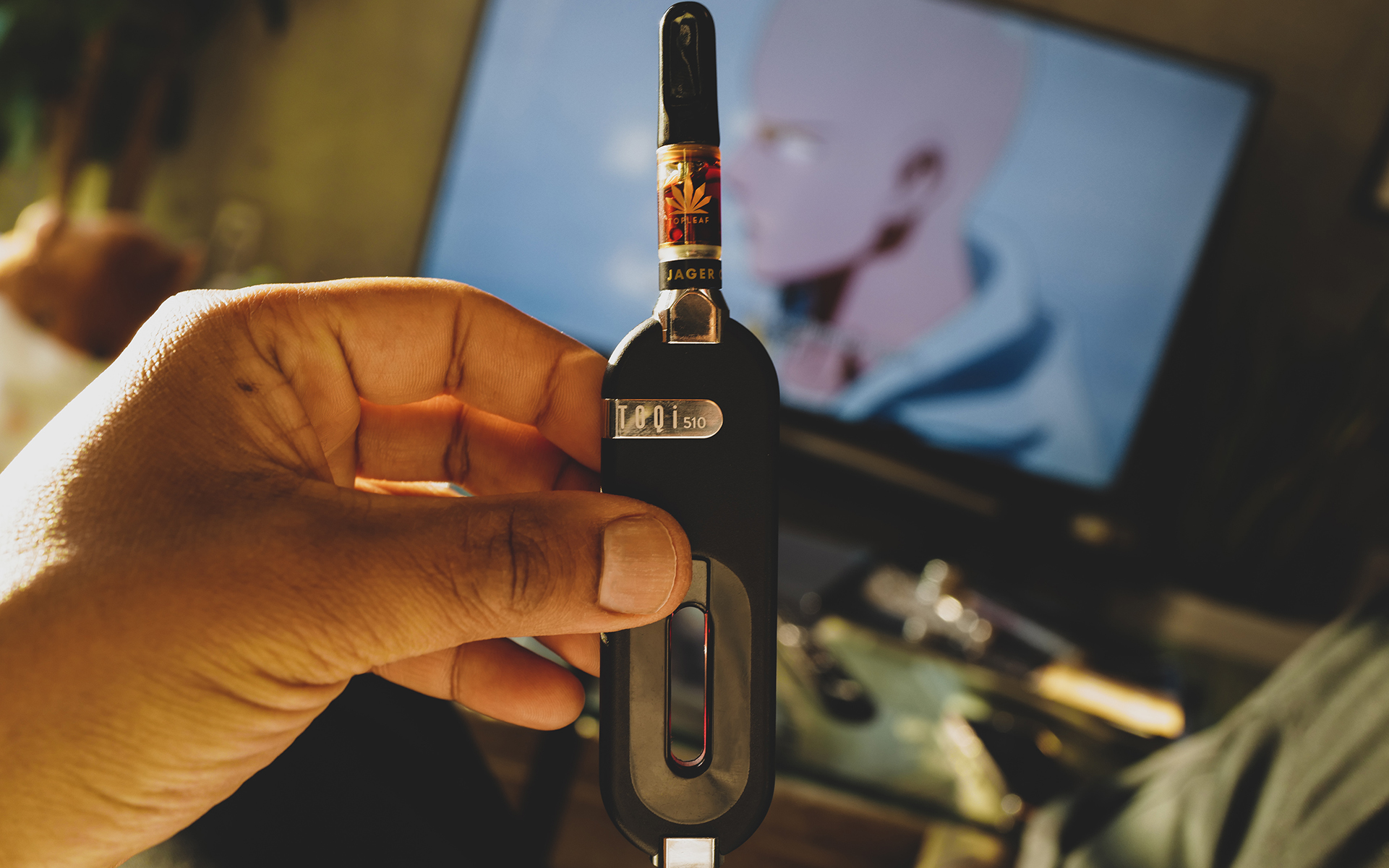 Crash Landing On You

Pair with Blue Zkittles by Rove

Crash Landing On You manages to take a dire, high-stakes event—getting swept up in a tornado while paragliding, then unceremoniously dropped into a North Korean minefield—and make it into a delightful fairy tale. Blue Zkittles is relaxing, uplifting, and helps sweep you up in the show’s unique brand of high-stakes levity. Both the series and the strain will add a little magic to any situation without entirely losing sight of reality.

Drew was put on this show by his fiancée who swears it’s the best k-drama out there.

Recommended by Drew for the best visuals on a Netflix series 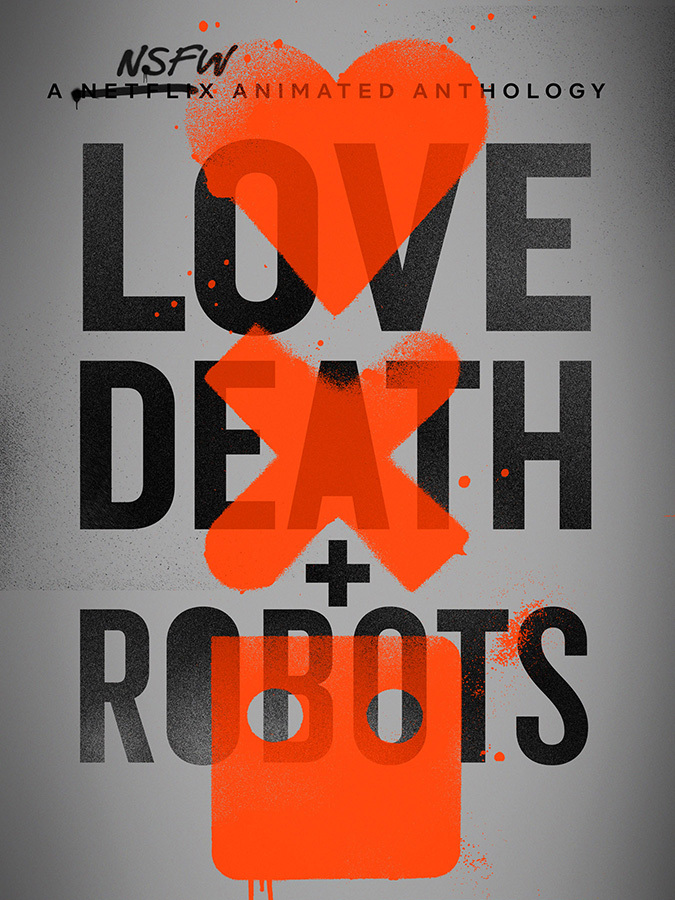 Adult animation meets indica hybrid with flavors of grape, citrus, and hash with THC content of 81.20%.

In the Netflix series Love, Death, and Robots, 18 vignettes each show off a wildly different, but equally gorgeous, animation style. The stories behind them are heady—often dark and violent—but short. Blissful God’s Gift brings out the best in the anthology, letting you approach it with wonder and sink into these brief glimpses of other worlds. Drew based this choice on his desire to stay awake, but get hit hard enough to enjoy the visual ride.

Special points for vaping during episode 3

Pair with White Widow by Spinach

This three-part docuseries is all about unlocking the mind of Microsoft founder Bill Gates, one of the world’s biggest—and weirdest—thinkers. While learning about the inner chaos that created a tech giant, it only makes sense to go for White Widow, the cannabis equivalent of a looking-at-equations GIF. It might not help you understand Gates any better, but this consciousness-shifting strain will at least get you thinking outside the box. 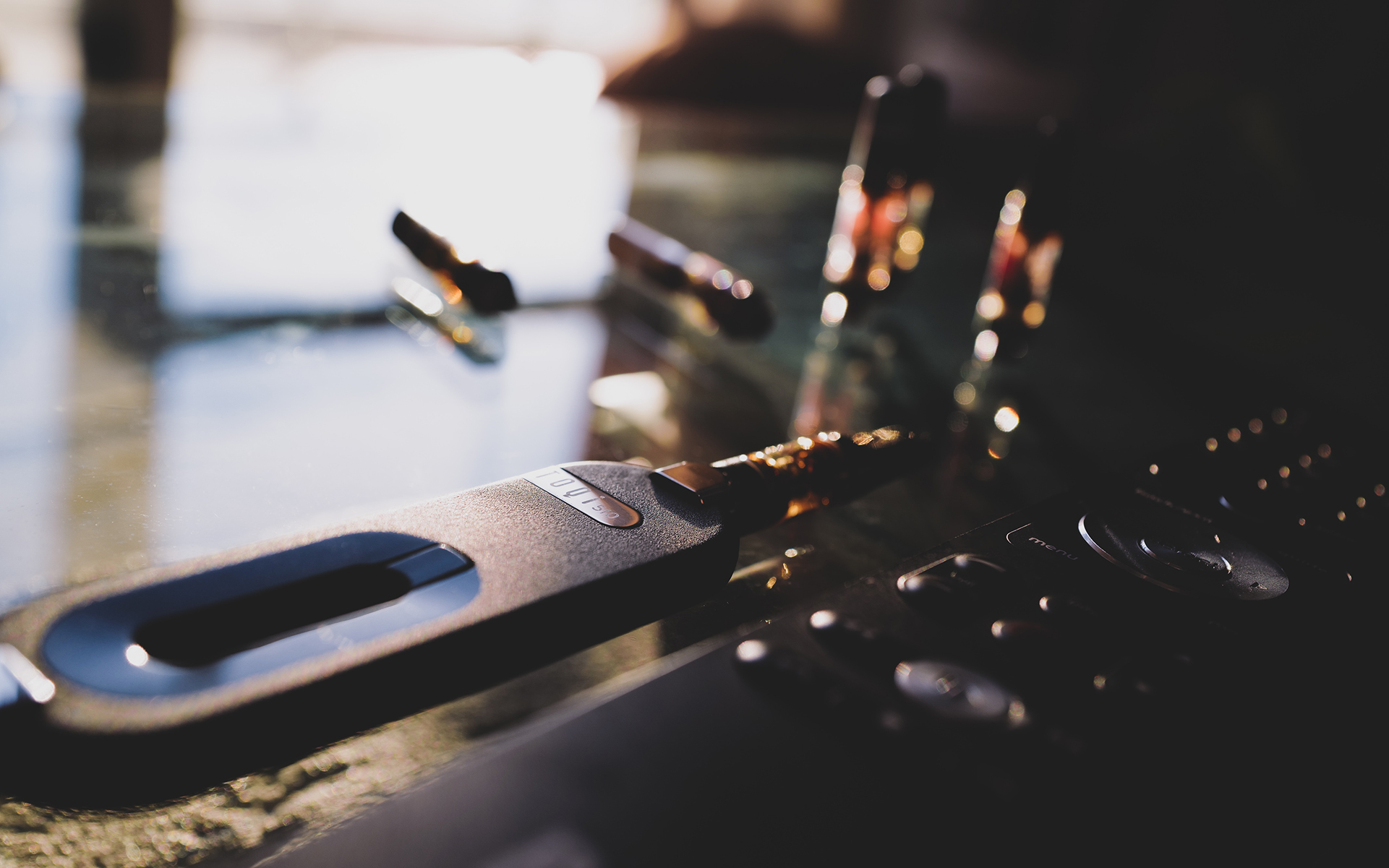 Docuseries Tiger King follows Joe Exotic, a big-cat collector and aspiring country star, in the events leading up to his conviction in a murder-for-hire plot. The series takes you on some real journeys as it winds through the drama of the big-cat world—every time you think it can’t get weirder, it does—so a reliable traveling companion is a must. Blue Dream will buckle you in for this wild ride and keep your mind alert for whatever the show throws at you…and it throws a lot.

Power your 510 carts with TOQi and their host of wireless charging accessories to make these binges even better.

TOQi is founded by designer and inventor, Drew Henson, winner of numerous international awards including the coveted Red Dot award for excellence in product design. His designs have been used on the International Space Station by NASA, F1 Racing teams, extreme athletes, and everyday stoners.

The best new marijuana strains to grow in 2021 | Leafly

Canadian cannabis sales slip in most provinces in November

Home Cultivation Guide: Pros and Cons of Growing Weed in Soil vs. Hydroponics