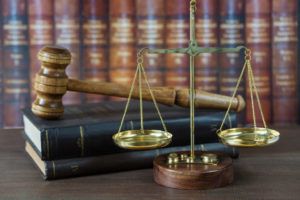 At least four California marijuana companies have sued the state after regulators revoked their provisional business licenses, alleging they were treated unfairly and not allowed to appeal the revocations to an independent mediator.

Moreover, the newly-launched Department of Cannabis Control is ramping up company inspections and enforcement efforts, setting the stage for additional lawsuits from businesses alleging they were not afforded due process after the DCC pulled their provisional, or temporary, permits, attorneys predict.

“There will be hundreds of these lawsuits,” said James Anthony, an Oakland attorney who is spearheading the four cases. “There’s a tidal wave of revocations and cancellations coming, and every one them is going to be a lawsuit.”

So far, at least some of the four cases have had an impact. Two have been resolved, with regulators reinstating the companies’ business permits; the other two are ongoing.

The legal tussling comes as industry officials and attorneys complain that regulators have been slow to issue full annual marijuana business permits. Roughly three-quarters of all cannabis licenses remain classified as “provisional,” the technical term for temporary permits.

Perhaps more importantly, industry attorneys noted the lack of due process could be rectified if enough stakeholders weigh in by Sept. 20 on a set of industry rules proposed by the DCC.

Monday is the deadline for a public comment period during which industry officials can submit suggested changes.

“Every single person should write in and say that the DCC has exceeded its scope of authority by promulgating regulations that do not afford due process rights to our operators,” said Los Angeles attorney Dana Cisneros, who represents one of the four companies suing the state over a revoked license.

As of Sept. 15, there were 11,642 active cannabis business licenses in California. Of those, only 2,929 are classified as “annual” licenses, according to data from the DCC.

The other 8,713 – representing about 75% of total active permits – are categorized as provisional licenses, which face a lower threshold that businesses must meet to obtain such permits.

Annual licenses are required to meet a much more stringent set of requirements, including compliance with state environmental laws.

Currently, state law “permits provisional license revocation, suspension, and denial of renewal at the discretion of (regulators) at any time,” Deputy California Attorney General Patrick Boyne wrote in a brief filed on June 11 in one of the due process lawsuits.

That leaves provisional license holders vulnerable to potentially vindictive bureaucrats, with no protection built into the law, Cisneros and Anthony charged.

“If you piss off enforcement staff … there is a possibility they will take your license. No due process, no hearing, nothing,” Cisneros warned colleagues during a recent Clubhouse call between cannabis industry insiders.

The suit filed by Cisneros’ client, L.A.-based retailer Harbor Caregivers, included an allegation that a state cannabis inspector made a “rude hand gesture” to the business owner as he departed the shop.

The suit suggests that is evidence inspectors and regulators can’t be trusted to be impartial when deciding the fates of provisional licenses.

Cisneros said the due process question should be front and center at the moment for the industry, because the DCC is in the midst of reworking regulations that govern marijuana companies.

DCC spokeswoman Christina Dempsey declined to comment on the four lawsuits, but wrote in an email to MJBizDaily that the agency is “committed to fair and equitable processes for all licensees.”

Dempsey said that the relevant provisions in the proposed rules are on page 33 of the 197-page draft.

The DCC, Dempsey added, “utilizes a progressive discipline model and routinely works closely with applicants and licensees to correct deficiencies, prior to taking further enforcement action, when the deficiencies do not threaten public health, public safety or the integrity of the marketplace.”

But Anthony and Cisneros claim that fails to protect the property interests of provisional license holders.

Anthony noted the draft rules only allow for license holders to present evidence or arguments directly to the DCC prior to any license revocation. But, he added, they don’t guarantee a hearing before an impartial judge.

“It’s window dressing. They’re trying to put up a sham of due process,” Anthony said. “I want an independent judge. That, to me, is due process.”

That’s not how it’s played out for the four companies that sued the state.

Rather, in legal filings, the California Attorney General’s office has argued that provisional license holders are not entitled to any due process, particularly under the U.S. Constitution’s 14th Amendment, because the companies in question operate in a federally illegal trade.

“Federal law recognizes no right to engage in commercial cannabis activities, therefore there is no cognizable property interest sufficient to support a federal due process claim,” Deputy AG Boyne wrote in the June 11 filing.

Anthony said he’s aware of the four due process cases he’s filed, adding there may be more.

The four he has worked on, which have all been filed in Alameda County Superior Court, include:

Anthony said it’s unclear when a judge may decide the cases. He believes the attorney general’s office is motivated to settle them because the state has already granted the licenses.

“They have more to lose than we do. If we lose, we’re just stuck with the status quo,” Anthony said. “But if they lose … they have to respect our constitutional rights. So they keep cutting deals with me.”

John Schroyer can be reached at john.schroyer@mjbizdaily.com

The rise of 3D printed bongs

Life Above the Clouds: How to Make Cannabis Masala Chai | Cannabis Culture