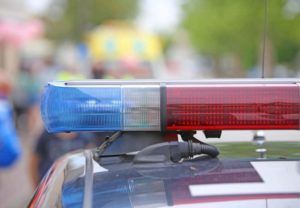 The coronavirus pandemic has disrupted cannabis enforcement initiatives in Los Angeles and caused critical budget shortfalls that could further hinder efforts to crack down on unlicensed marijuana operators.

That one-two punch could present a major obstacle to the success of L.A.’s legal market.

Reducing the number of illicit cannabis sellers and growers in Los Angeles has long been a top priority for licensed businesses, which say they cannot compete on pricing since legal recreational sales took effect in January 2018.

Part of the problem: A push to enforce a new ordinance targeting landlords and property owners of unlicensed cannabis shops has been on hold since March. That’s when many city services and offices were shuttered to mitigate the proliferation of COVID-19 cases in Los Angeles County.

But there is hope the situation could turn around sooner than later and the so-called padlock ordinance can be enforced.

“Hopefully by end of June or July, we’ll have that available,” said Vito Ceccia, a detective in the L.A. Police Department’s Gang and Narcotics Division Cannabis Support Unit.

“It’s probably going to be the most effective and significant tool we have been able to implement.”

Once enforcement efforts get rolling, unlicensed locations with repeated search warrants will be targeted first.

After occupants have been cited and removed, the property would be padlocked and issued a no-trespass order.

“Our primary focus is still unlicensed retail locations,” Ceccia said. “They’re the ones interrupting the quality of life in those areas.

“They’re the ones engaging in activity openly.”

Unlicensed stores have been a thorn in the side of Studio City-based medical and recreational cannabis retailer Buds & Roses for more than a decade.

Like many in the industry, the company saw sales jump during the onset of the pandemic, but it’s seen fewer customers and smaller volume purchases since economic conditions worsened.

“The illicit market is thriving because of the economic fallout of COVID-19,” Buds & Roses President Aaron Justis said.

The LAPD, which serves about 25 cannabis-related warrants every month, estimates 75 unlicensed retailers are operating within the sprawling city limits, down from 82 in February, according to Marijuana Business Daily research.

An effective tool but no major changes

“But if anyone thinks we can shut down a multibillion-dollar unlicensed industry in a few years, it’s just not realistic.”

Retailers are the most visible offenders, but the LAPD recently ramped up warrants on unlicensed growers to crimp the supply chain, according to Ceccia.

Vape hardware and THC oil extraction suppliers will likely face more scrutiny and attention as well after an explosion at a vape-oil wholesaler in May rocked the Toy District neighborhood in downtown, sending 11 firefighters to the hospital.

The business, Smoke Tokes, doesn’t have any “commercial cannabis application, license or enforcement records,” nor does any business at the location of the incident, the DCR confirmed.

“When hazardous materials aren’t documented or declared, it makes it harder for firefighters to identify the hazards,” Los Angeles Fire Department spokesman Nicholas Prange said. “Butane canisters were found in the building, though the cause is still under investigation.”

Vaping products from unlicensed businesses were linked to the 2019 vape crisis that resulted in lung illnesses and deaths. The fallout led to the decline of vape product sales among licensed operators, industry officials have told MJBizDaily.

Looking ahead, local regulators will be asked to do more with less over the next fiscal year, which begins July 1.

L.A. Mayor Eric Garcetti’s fiscal 2020-21 budget plan aims to cut cannabis enforcement as the city deals with a revenue shortfall of more than $50 million attributed to the economic effects of the COVID-19 pandemic.

The city’s Budget and Finance Committee is hosting several meetings this month as panel members weigh significant cuts and furloughs for most departments.

Garcetti supports a $250 million cut for law enforcement and relocating those funds to social services in the black community after the global uproar and protests of police brutality fueled by the May 25 death of George Floyd while he was in police custody in Minneapolis.

On the cannabis front, Garcetti’s proposed budget would slash police overtime hours and halve funding for investigating and enforcing illegal cannabis operators from the $10 million allocated for this fiscal year to $5 million.

Another $750,000 earmarked for cannabis public information campaigns and enforcement is not renewed in the preliminary budget. Some campaigns last year focused on the dangers of vaping and buying products from unlicensed sellers.

“Even in the best of times, it’s hard to get increases and maintain it,” Freedman said. “We’re facing historic budget deficits at the state and local level, and cannabis enforcement is expensive.”

And while the city’s DCR budget is projected to remain relatively flat at $4.5 million, COVID-19 has forced the agency to postpone meetings, close offices and alter some policies.

Those revised policies include:

“The department is currently assessing how to modify and restore some or all of these services while maintaining the health protective safeguards issued by health officials,” DCR spokeswoman Rayna Plummer said. “The department also understands the hardships surrounding this pandemic.”

Chris Casacchia is a freelance writer based in Long Beach, California. He can be reached at [email protected].

Cannabis And Sex: Two Things Social Media Doesn’t Want You To See – The...