If you’ve been living under a rock in Toronto, or rather, a few 4,000 pound cement blocks, you may have missed headlines circling around one of the most notorious yet beloved illegal dispensaries in the city, Cannabis and Fine Edibles (or CAFE for short).

In recent weeks, the city has ramped up enforcement efforts to shut down the four locations operating under the CAFE marquee–though the outlaw cannabis purveyor isn’t going down without a fight.

In advance of legalization coming into effect, dozens of budding entrepreneurs set up shop across the GTA in the hopes of getting a headstart in the emerging market. That was until the provincial government announced that illicit dispensaries still in operation after October 17, 2018 would not be eligible for legitimacy.

Some grey market retailers hung on as long as they could, but many folded under the pressure (and fines, and the charges), closing “temporarily” in hopes of getting licensed in the near future.

CAFE, in the meantime, has taken a different approach: repeatedly defying law enforcement’s attempts to close the businesses and promptly reopening following raids.

In April, the chain averted the closure of their stores by claiming that a tenant living on premises was being unlawfully evicted. In response, the Province amended the Cannabis Control Act to remove the legal loophole.

Since then, law enforcement has resorted to placing huge cement blocks in front of each CAFE location in hopes of physically stopping continued business.

The physical deterrents saw varied success, but once locked out of their storefronts, CAFE operators launched a shuttle service to ferry customers to open locations and have even taken to selling cannabis off iPads on the sidewalks in front of their now barricaded businesses.

Despite the spectacle, support for the overtly illegal operation is hardly waning. As evidenced by the long queues of customers outside the barricaded stores, consumers seem unfazed by CAFE’s nefarious supply of cannabis and the recent CBC story that reports CAFE’s “backers have included a notorious counterfeiter and a Lamborghini-driving ex-wrestling champ.”

As CAFE’s loyal customers began to see the physical signs of The End, petitions sprang up, with a “Toronto Community Affairs” group asking the local community to sign and support an open market model for cannabis in the province. CAFE’s homepage links to this petition but it’s unclear if Toronto Community Affairs is associated in whole or in part with CAFE.

Meanwhile, social media users decried the loss of their local cannabis shop, where seemingly, much “good” was being done in the eyes of the consumer. The concrete blocks outside the shuttered locations were even tagged in mourning.

It looks like there’s some sort of funeral / candlelit vigil happening at CAFE Toronto on Harbord in this Friday at 4:20pm #topoli #onpoli #iamcafe pic.twitter.com/c6Q0olwYvM

An unofficial funeral for the chain has been set up by a “random fan” and is scheduled to take place out front of CAFE’s Harbord location at 4:20 on Friday, July 25.

So, Why Does Toronto Love CAFE?

Unlicensed cannabis products inclusive of dried flower (sold with discounts for bulk buys), edibles, extracts, vapes, and a wealth of CBD products not yet available in the legal market have proven a big draw, but CAFE has done more than just deal in illegal weed to ingrain itself with Toronto cannabis consumers.

Toronto police put cinder blocks in front of one of torontos last (and most respected) independent cannbis providers c.a.f.e. earlier this morning.
This is an act of violence against marginalized individuals.

And, CAFE’s website and social media channels promote their company philosophy, one that aims to foster wellness, pursue the greatest good, and cultivate community.

For those concerned with the prices, accessibility, and availability of cannabis products, CAFE has earned itself a Robin Hood-like reputation. Consumers are concerned that without the illicit source, there might not be enough cannabis to go around.

If you’re planning on buying regulated weed in Toronto this weekend, I’d get on it. Be interesting to see how far 25kg/week goes with CAFE out of business. pic.twitter.com/Afsg7yyDSK
— Damian Butler ? ? ? ? (@OBCDamian) July 18, 2019

Reps for CAFE have stated that they have no plan on folding to enforcement any time soon.

For the time being, Toronto Police Services are focussing on discouraging the illegal sale of cannabis and treating each situation on a case by case basis. Their raids, charges, and surveillance tactics are expected to continue. 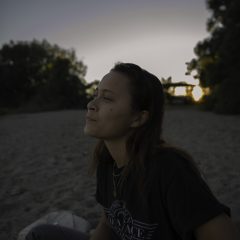 He was serving a life sentence for cannabis. Then he got a phone call from Ivanka Trump | Leafly

What Travelers Need to Know About Flying with Weed