It’s easy to focus on what’s happening in our happy little smoke-filled bubble in Canada, where adult cannabis use is completely legal, but there’s a whole wide world out there. Many countries are getting woke to weed, but it’s a slow process.

Few countries have deemed cannabis legal for both medical use and adult consumption (which is to say, smoking a joint or eating a gummy just because you like how it feels). When nations do entertain the idea of legislated cannabis, it’s usually with medical use in mind.

There are progressive nations, like Canada, the first G7 country to legalize adult use, and Uruguay, where cannabis has been legal since 2014. (It wasn’t until late 2017, however, that pharmacies in Uruguay—the only place to buy bud by the books—began selling flower.)

Of course there are still enormous illicit markets often overlooked by authorities.

In major cities in Vietnam, like Saigon in the south and Hanoi in the north, visitors will be offered cannabis in a matter of minutes when strolling down tourist-filled walking streets. Certain hipster cafes and vintage stores even sell pre-rolled joints at the till, despite the sale and consumption of weed being very much illegal and highly punishable—on paper, anyway.

Still, it seems every week there’s a new country making headlines for some kind of reform.

In November 2019, the Caribbean islands of Trinidad and Tobago presented two cannabis bills to Parliament, one that would decriminalize possession and another to legalize medical use. In the fall, Canberra, Australia’s capital city, passed a bill that would allow possession of up to 50 grams, with laws going into effect January 2020, though possession in Australia remains illegal at the national level.

“There isn’t a one-size-fits-all for cannabis legalization,” says Rachel Colic, a business and brand strategist in the cannabis industry, who’s currently on a year-long, round-the-world cannabis research trip. “There isn’t a how-to that works everywhere and so each individual country is really having to look at the pros and cons and the mistakes that other jurisdictions have made, and adjust for themselves.”

What’s interesting is that the benefits of legalization reach far beyond consumers. Giving cannabis the green light creates an entire new industry that can help bolster otherwise stagnant economies; in countries where labour and resources are inexpensive, this could be a golden ticket to strengthening GDPs.

Colic believes other countries will benefit from Canada’s legalization rollout, despite the hiccups.

“As someone who has watched Canada make some incredible mistakes, it’s exciting to think about going to new markets and helping them learn from our mistakes and create legislation and frameworks that are even more successful,” says Colic.

Here are some countries leaning towards more progressive cannabis laws:

Current state: In August 2019, the Medical Cannabis Bill was brought to Barbados’ House of Assembly, which, when passed, will permit the use of medical cannabis. Indar Weir, the Minister of Agriculture, wants this motion to benefit not only patients, but the local economy, noting that international businesses will be required to set up subsidiaries that are at least 30% Barbadian-owned.

What the experts say: “Barbados used to be a world player in agriculture, growing sugarcane, and so they’re really looking at this as a kind of a second wave of opportunity to create a GDP for themselves where they retain more of the intellectual property and more of the money for their local communities rather than seeing it shipped off the islands,” says Colic.

Currently, just five types of cannabis have been approved for medical use and flower isn’t one of them. In fact, all five are highly processed pharmaceuticals, such as nabiximols and Epidiolex. But for a small island with a population of less than 285,000, this is still an exciting and pivotal point in the country’s cannabis history.

Current state: The Danes are running a four-year pilot project for medical cannabis. It launched January 1, 2018 and served roughly 3,000 patients in the first 18 months, issuing over 15,000 medical cannabis prescriptions. These numbers aren’t huge, but for a county of just 5.6 million, they also aren’t dismissable.

What the experts say: “The Danish government is extremely supportive of research and development as well as clinical trials. They help fund and set up the trials and are keen to have companies perform research in the country,” says Nick Pateras, managing director of the European arm at Materia Ventures, a distributor of medical cannabis and CBD. “You don’t see that replicated everywhere.”

“Different medical cannabis markets have different states of public health care, so you may not see medical cannabis covered. In Denmark, patients are eligible for 50% of their cannabis medicines to be covered, up to 10,000 DKK (just under $1,500 CAD) a year,” says Pateras.

Denmark is aiming to become an export hub for cannabis and Pateras believes they have a chance, pointing to the country’s sophisticated network of pharmaceutical development, great greenhouses, and relatively low electrical costs.

Despite this, adult-use cannabis in Denmark remains illegal, but the nation is arguably among the most liberal of the Scandanavian countries and folks are generally accepting. Copehnagen, the capital, is notorious for the rules-free micro community of Christiania, where cannabis is openly grown and consumed. Anthony Bourdain visited to shoot a segment for Parts Unknown in 2013, and the Trailer Park Boys filmed an episode there in 2016.

Current state: Three bills were filed in January 2019, and if passed, current regulations would be amended. This means removing cannabis from the narcotics list and also allowing cannabis to be used for medicinal purposes more broadly than it is today (some argue that patients suffering severe and terminal illnesses may use cannabis under compassionate use provisions, but the country lacks a legal framework to support such use.)

What the experts say: “The Philippines has endured a modern-day war on drugs and many have been incarcerated for as little as one joint,” says Kelly Beker, executive director of the Cannabis Education Guild and the founder of Cannabis Global Impact, a consulting company for cannabis organizations looking to expand internationally. “To think that some of the harshest drug laws in the world may change opens up the possibility of countries like Indonesia, China, and Singapore reconsidering their perception and regulation of cannabis.”

Beker believes that legalization would have an enormous social justice impact in the country.

“Since the raids to capture or kill all drug users, Philippine prisons have become overcrowded. The consequence of overcrowding has been an increase in diseases and violence. As the third-largest Catholic nation in the world, early adoption of cannabis as a viable medicine may be an uphill battle,” she says. (The traditionally conservative Catholic church views recreational use of cannabis as sinful; medical use has, however, received some cautious support.)

Still, if these bills pass, the impact on the local community will be huge.

“Patients and physicians are looking for regulated cannabis products to treat many ailments. They no longer want to rely on the black market for their medicine,” says Beker. “The farmers, who have been struggling with coconut or rice farming, would be deeply impacted by the income of a new cash crop. Many locals are excited to see Philippine traditional plant-based medicine return to the mainstream.”

Current state: In November 2018, a number of THC and CBD cannabis products for medicinal use were approved. This includes Epidiolex, Marinol, Cesamet, and Sativex, some of which are currently prescribed in Canada, the US, and the UK.

What the experts say:
“South Korea is known to be extremely conservative, so this was a huge first step to allow THC- and CBD-based products into the market,” says Beker. “In the past, and today, cannabis is regarded as a dangerous narcotic in Korea.”

But Beker believes South Korea has the potential to be a key player in the cannabis space.

“South Korea is a role model to many of the ASEAN developing nations. After the country was in ruins from the Korean War, South Korea went on to experience one of the largest economic transformations in the past 50 years.”

Certain residents with prescriptions are already reaping the benefits, but it’s wildly expensive.

“The locals who are deeply impacted thus far are the parents of epileptic children, many of whom are seeing great results in seizure reduction,” says Beker. “Legalization of natural cannabis products will improve access for patients, as the cost per 100 ml bottle is currently over $1,000 USD.” 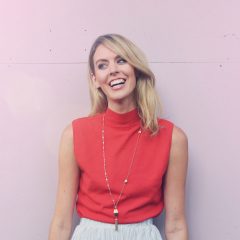