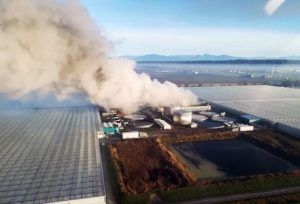 (This is the second installment in a series examining Canada’s mountain of unsold cannabis. The first installment is available here.)

Cannabis producers in Canada have sold less than 20% of their production since the country launched adult-use sales in October 2018, according to an MJBizDaily analysis.

The newest data – which runs through 2020 – implies that most of the cannabis produced from 2018 through last year was either stored in inventory or has been destroyed, and less than one-fifth ended up in retail stores.

That disconnect likely helps explain how the largest Canadian cannabis producers, which account for most of the industry’s production, together have lost more than 11 billion Canadian dollars ($8.8 billion) cumulatively.

Some industry experts blame poor-quality cannabis for the sales shortfall.

To arrive at the figure, MJBizDaily asked every provincial wholesaler how much cannabis they sold over a specific period of time. That data was combined with Health Canada’s limited sales figures, which end in October of 2019. Data for Saskatchewan was provided by Seattle-based data-analytics firm Headset.

So why have sales been so low relative to production?

Av Singh, cultivation expert at Nova Scotia-based Flemming & Singh Cannabis, believes Canada’s largest licensed producers didn’t have the know-how needed to produce cannabis at the scale they told their investors they could.

“Canadian LPs were quick in trying to capture as much of the market as possible, often building inferior facilities that were not designed to produce quality cannabis,” Singh said.

But Singh also said Canada’s provincial and federal governments should shoulder some of the blame for throwing up “roadblock after roadblock” as the new industry was getting off its feet.

“Countries should legalize cannabis when governments have addressed their own stigma and preferably addressed the systemic racism associated with the criminalization of cannabis consumers,” he said.

Another 6 million packages of dried cannabis, extracts and edibles were destroyed.

Experts believe that most of the unpackaged inventory currently sitting in warehouses across the country, which is almost 40% of overall production, is unsellable.

“I think it’s a sign of a fundamental disjunction in the market,” Althing Consulting’s Dawkins said of the unsold inventory.

“There is increasing demand, an increasing appetite for different products, and yet all of this product is overhanging. I don’t think that product’s ever going to move. It’s orphaned forever.

“We have to get to a place where we recognize that this has become a mature commodity market, and if your product isn’t moving , it’s because no one wants it and never will,” he said.

Dawkins said the mountain of stored and destroyed cannabis is not reflective of the brands that are selling well.

Indeed, the Canadian market in May rang up record sales of recreational cannabis.

“The companies that are succeeding at this don’t destroy any excess inventory,” he said.

“If you’re producing enough cannabis to have any kind of leftover inventory, you have fundamentally misunderstood the market.

“All of the stuff being sold is coming from companies that are producing products that people want, to such an extent that they sell out of the distribution system as soon as they drop.”

The production capacity expansion needed to produce 2.7 billion grams of cannabis was rapid.

But billions of dollars continued to flow into the largest greenhouses, fueled by stock-market investors who valued cannabis companies solely on how much marijuana they could produce (using the “funded capacity” industry term) and executive bonuses partially tied to massive greenhouse buildouts, MJBizDaily previously reported.

That made cannabis the fourth-largest greenhouse crop in Canada by area – a level of production significantly out of step with demand.

“People entered the market too quickly, not fully understanding the importance of quality and how to cultivate quality,” cultivation expert Singh said.

“The mentality of money over quality is flawed, but unfortunately for most of those who entered the cannabis space, it was not their own money.”

Singh said large producers underestimated a number of factors in that scale-up, leading to a significant amount of cannabis being produced that was ultimately unsaleable, including:

Mitchell Osak, president of Toronto-based Quanta Consulting, said the inventory situation “is about to accelerate like a hockey stick” because of all the outdoor production and new craft production entering the system.

Canadian licensed producers added a record 220,461 kilograms of marijuana to their inventories in October 2020.

But Osak also said some licensed producers are better at producing in-demand cannabis at appropriate prices than others.

“I think we’re moving to a place in the industry where you have some LPs that are regularly turning their production inventories and adroitly managing demand-driven production, and some LPs that are going to have a massive inventory problem,” he said.

“Inventory challenges are becoming more acute when companies launch new products and formats – i.e. inventory – into the market, not to mention increasing the overall complexity of the operations and financial management.”

After selling less than a fifth of the cannabis produced between 2018 and 2020, many of the biggest greenhouses that drove cannabis share prices higher amid the cannabis stock market mania of 2018-19 have been sold off for pennies on the dollar.

One example is Canopy Growth’s BC Tweed joint venture in British Columbia.

Before Canopy spent nearly CA$500 million ($400 million) to acquire the remaining one-third interest of the joint venture it didn’t already own, the company had poured CA$644 million into the two B.C. greenhouses and other facilities.

The B.C. properties ended up selling for only CA$40.6 million.

The two companies that shuttered the most facilities, Alberta-headquartered Aurora Cannabis and Ontario-based Canopy Growth, have also reported the steepest losses.

Canopy has lost CA$3.8 billion since its inception; Aurora has run a CA$4.1 billion deficit.

Neither company has ever reported a profit.

Matt Lamers is MJBizDaily’s international editor, based near Toronto. He can be reached at [email protected].

Boston Green-Lights Independent Cannabis Board To Boost Diversity In Industry