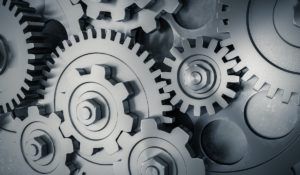 More than two years into the rollout of California’s regulated recreational cannabis market, many marijuana industry associations are still struggling to work together for the common good of legal operators on objectives such as lowering state taxes, expanding the industry’s retail footprint and other strategies to improve business conditions.

While the Los Angeles-based United Cannabis Business Association (UCBA) has undertaken a new effort to bring a majority of those trade groups together, the organization’s long-term potential to reshape the business landscape through political activism remains untested.

And even if the UCBA succeeds, that won’t eliminate the existence – or need for – many of the associations, meaning that it’s hard to tell who might steer the industry’s political ship in coming years.

Two dozen or more cannabis trade organizations operate in the state, and they often focus more on city- or county-level business issues.

At least seven of those groups, and even more individual marijuana companies, employ state-level lobbyists to work with lawmakers in Sacramento on larger-picture policy questions.

Trade associations – or even specific marijuana companies and their lobbyists – have repeatedly found themselves competing for attention from lawmakers or advisers to Gov. Gavin Newsom, including cannabis czar Nicole Elliott.

The result has been little to no political movement for the industry as a whole since 2018 on macro-level industry issues such as lowering state taxes.

“That is the biggest issue: Nicole (Elliott) is hearing from a bunch of different people,” said Nate Bradley, who co-founded the California Cannabis Industry Association (CCIA) in 2012 but is now the executive director of another nonprofit, the Cannabis Consumer Policy Council. Both organizations are based in Sacramento.

“When you combine that with the root nature of everyone in the industry, which is pretty much made up of people who are nonconformists by nature, they don’t work well together,” Bradley said.

“It actually makes it harder to get work done as a whole.”

Bradley is now also consulting with the UCBA, which is trying to coordinate efforts between 18 regional trade associations that haven’t had much of a presence in the state capitol.

Can coordination lead to unity?

The UCBA has around 165 members, said its president, Jerred Kiloh, and he’s been organizing a push outside L.A. to bring in more.

Kiloh also raised the possibility of the 18 groups pooling financial resources for a single industry-lobbying effort in Sacramento, to consolidate political capital behind lowering state marijuana taxes, expanding retail access and other priorities.

Kiloh estimated about two-thirds of state-licensed businesses in California aren’t yet part of a trade group and said advocates such as the UCBA must do a better job of explaining the return on investment that such associations can offer.

He set up a platform via the online messaging software Telegram for participants to share information.

That way, Kiloh said, associations can learn strategy from each other, which will help push reforms at the local level – such as opening more consumption lounges in various cities. But he’s hoping it doesn’t stop there.

What Kiloh envisions is that cooperation will lead to a larger financial pool to fund a singular state lobbying effort and cut down the number of voices competing for the attention of the Newsom administration.

The financial side is still very much up in the air, he emphasized, but there could be sliding scales for how much different stakeholders want to contribute.

The prize is industry unity for the sake of progress.

“Do we want to afford 20 different lobbyists and state committees and all of those things, not unifying what our overall needs and messaging are? That’s just not going to continue to work,” Kiloh said.

“The goal is to show that there are economies of scale at the state level. We need to start utilizing that, and the foundation of that is building up all of the local orgs and what their successes are … and then implementing that into a state organization.”

For its part, the CCIA has struggled somewhat recently. That includes furloughing three of its six staff in April because of budget cuts since some member companies have had to reduce their contributions, noted CCIA Chair Conrad Gregory, who works for Oakland-based retailer Harborside.

The association also is still working to repair relationships with labor unions since a major fallout became public in February, Gregory said.

Still, the CCIA welcomes anyone in the industry to the table who holds the same political priorities, including the UCBA, he added.

He said he believes there’s less industry fragmentation than might appear at first blush, particularly on some of the issues Kiloh also wants to focus on, including lowering taxes, dropping barriers to entry and expanding the industry’s legal footprint.

“Guaranteed it’s an exercise in herding a lot of cats, so their work will be cut out for them, but work at the local and regional level is truly critical.”

Gregory noted that the political landscape has shifted drastically because of the coronavirus pandemic – with the state looking at tens of billions of dollars in budget cuts – so it’s unlikely any major political wins will materialize anytime soon.

Diversity is necessary, some say

It’s likely that at least some state-level trade associations sit out the UCBA’s new push, however, and many within the industry don’t see anything wrong with that.

“It’s fragmented because it needs to be.”

Morrison said that manufacturers’ regulatory priorities, such as those of the small but specialized 12-member trade group that he leads, are quite different from those of many other marijuana sectors.

“I’d be curious to see what reaction you get when you call the restaurant association and say, ‘You guys should unify with the farmers association.’ They’d be like, ‘Why?’” Morrison said.

She emphasized, however, she’s collaborated with the UCBA and other associations for years.

“We know that we’re not stepping on each others’ toes, but I don’t think having one lobbyist representing the industry is ever going to be a desirable outcome,” Carver said.

But, she added: “If folks come together more and talk more upfront, then they can craft policy that multiple groups will be able to bring forward, and I think that will have a better chance” of succeeding in Sacramento.

Blue Apron It Ain’t — These Marijuana Meal Kits Get You High | Cannabis...

Your Weed Buying Habits Can Make the Cannabis Industry More Ethical and Fair |...