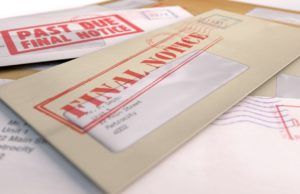 A small group of licensed California marijuana distributors is trying to solve the ripple effects of unpaid bills by pooling information detailing which companies are reliable or unreliable at paying their tabs.

The move comes as the coronavirus is inflicting widespread financial pain on cannabis companies, which, unlike other mainstream industries, have been largely excluded from federal relief efforts.

The goal is to help distributors stay afloat and remain financially solvent by identifying and avoiding California marijuana companies that have been a financial drag on the rest of the supply chain.

The effort is proceeding on two tracks.

The Cannabis Distribution Association (CDA) – a group of roughly 30 businesses, including about 20 distributors – has been working on an ad-hoc credit rating system for its members.

The system is designed to help rate which businesses – retailers, manufacturers and others – have been paying their bills and which haven’t, said Lauren Fraser, the CDA’s board chair.

“Several of our members have built their own internal credit scoring and rating systems for businesses,” Fraser said, “and we’re working on how we can synchronize those methods and those lists.”

Separately, Todd Kleperis, founder of Desert Hot Springs-based distributor Hardcar, has been recruiting a fraction of the roughly 1,000 licensed distributors in California for a new Crisis Alliance aimed at helping a select few companies survive the coronavirus pandemic through information-sharing and logistical support.

Among other functions, the alliance will put together a “blacklist” of companies that can’t be trusted to pay their vendor bills, Kleperis said.

“It’s kind of like an emergency network to help all the really good distributors stay aware and stay relevant” as the market likely contracts through 2020, he added.

“If I call (a given distributor), and I say, ‘Who are your top-five most obvious really bad players,’ he’ll know those operators off the top of his head. And that goes on the list.

“So what you do is create an industry blacklist that distributors can use to route out all the bad players and brokers that are doing illegal work or doing bad deals.”

But he’s hoping to grow that number in the coming months while still keeping membership to a handful of operators that prove themselves trustworthy.

Distributors will be allowed membership – and access to the databases – only by getting a referral from an existing member.

Kleperis said the alliance’s functions, including the blacklist, will launch this month.

No formal alliance … yet

The CDA has not yet formalized any relationship with the Crisis Alliance, Fraser said, but its board might vote on it fairly soon.

In the meantime, Fraser said, she expects her organization’s data-sharing on good and bad actors to begin soon.

“The only reason we haven’t launched this yet is we want to make sure there’s a way to validate the information while protecting individual businesses’ privacy,” she said.

“We wouldn’t want to be in a position where we’re publishing information, either for internal use among members or externally, that’s provided by members but isn’t able to be validated.

“Because that could cause some liability issues if that information is incorrect.”

Kleperis and Fraser agreed a financial crisis is looming for the marijuana industry as a whole because of ripple effects from unpaid bills by many companies, which is what both groups aim to solve.

According to Fraser, the scope of the debt problem – which she referred to as “the accounts receivable bubble” – is “in the tens, if not hundreds, of millions of dollars of floating credit.”

“I wouldn’t be surprised if it’s over $100 million easily,” Fraser said. “This (coronavirus) crisis has definitely put a lot of fear into a lot of businesses and forced a lot of people to stop extending credit the way they used to and to require (cash on delivery) for transactions.

“When that happens all at once across hundreds of businesses, it really starts to paint a realistic picture of how this industry has been living off credit.”

The situation has already forced some distributors to close their doors, said Chris Coulombe, the CEO of Sonoma County-based Pacific Expeditors, a distributor that ceased operations in March and might not reopen.

Coulombe even wrote to Gov. Gavin Newsom about the circumstances that led Pacific Expeditors to close and to inform the governor that “a fully compliant cannabis company cannot achieve profitability in the current market.”

Pacific Expeditors is still owed at least $500,000 from other California cannabis companies – mostly retailers – and that lack of repayment was one of the primary reasons Coulombe said he shuttered his business.

“I wish it would have happened sooner,” Coulombe said of distributors sharing information about reliable companies with which to do business.

If such a system had been in place previously, it “definitely” would have helped him keep Pacific Expeditors’ doors open longer, he said.

“In concept, I think it’s appropriate,” Coulombe said. “There are a lot of people who took of advantage of distributors on the front end, us included.”

Coulombe also said he knows of a “handful” of other distributors that have also closed but declined to identify them. He said it’s still unclear whether Pacific Expeditors might reopen.

“It’s a big unknown at this point. I don’t see the point in opening it any time soon,” he said.

Kleperis said the issue of distributors having to eat huge sums has been worsening and his goal is to help other businesses avoid what Coulombe is facing.

“I had one company recently, they stuck a lab with a $260,000 bill,” Kleperis said, “and we had to use a private investigator to go and serve that guy because he wasn’t willing to even take a call from the lab anymore.”

The Crisis Alliance will also function as a way for distributors to share information on best practices during the coronavirus outbreak and to support each other with logistical help.

The alliance will last only as long as the coronavirus does, Kleperis said, and won’t try to take CDA’s place as a trade association.

“The Crisis Alliance is both financial and operational help for the industry,” he added. “When you bring ships together during a storm, you can weather the storm stronger.”

Cannabis marketing tips in the age of COVID

4 Questions to Ask Before Sending an Email