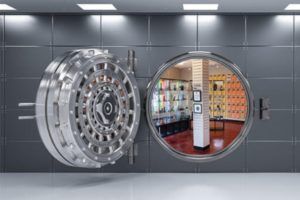 (This is an abridged version of a story that appears in the May-June issue of Marijuana Business Magazine.)

Thieves are one of the biggest threats to cannabis retailers.

Theft at retail cannabis stores is especially bad in Denver, which experienced a three-year high after six related armed robberies in 2019.

All of which begs the question: What’s the best way for marijuana retailers to protect their goods and property?

The key to any security plan is ensure the safety and integrity of a retail outlet’s employees, products and reputation.

Marijuana stores are prime robbery targets because they’re public spaces, they offer in-demand goods and, of course, they’re typically cash-only endeavors. (A possible safeguard to the cannabis industry’s reliance on cash, the SAFE Banking Act, is currently tied up in Congress.)

She also noted that marijuana stores “are taking the place of easy targets like liquor stores and convenience stores.”

Safely securing marijuana retailers is becoming increasingly more difficult because would-be robbers are casting a wider net for their take.

“In the early days, product alone was maybe enough to be a real draw for thieves, but cash is much more attractive,” according to Morgan Fox, media relations director for the National Cannabis Industry Association.

With those concerns in mind, Marijuana Business Magazine spoke with industry stakeholders about the different ways to protect a retail cannabis business, including:

Bad or brilliant timing? The Chilliwack cannabis retailer that opened as Covid hit

Nearly 1 in 3 People Who Get Migraines Medicate with Cannabis to Treat Pain,...

The FDA Can Now Regulate Vapes and E-Cigs Like Tobacco, Court Rules