You ever walk into the deepest depths of the woods, take a deep breath, and get a refreshing whiff of pine aromas? What if I said you could get that same experiencing from sniffing certain cannabis strains and terpenes?

Just like citrus, berry, and gassy flavors, cannabis can also provide piney aromas and flavors. Many expect these flavors to be reflective of pinene—a terpene found in cannabis, pine cones, and conifers that promotes alertness—however, a variety of terpene profiles can produce this aromatic experience.

So, for that reason, here’s a look at six strains with piney qualities and their terpene and cannabinoid profiles. Surprisingly, some of them feature no pinene at all.

Dutch Treat is a popular strain that’s become an essential in Amsterdam coffeeshops. It has dense, sticky buds, but more importantly, it has a sweet flavor of pine trees that will slap you right on the nose. One would assume these flavors are reflective of pinene, however, Dutch Treat’s main terpenes are terpinolene, myrcene, and the rare ocimene.

From these terpenes comes a variety of effects, however, most people expect a cerebral high that’ll have you up and alert yet also relaxed, making Dutch Treat a great stain for creative tasks. 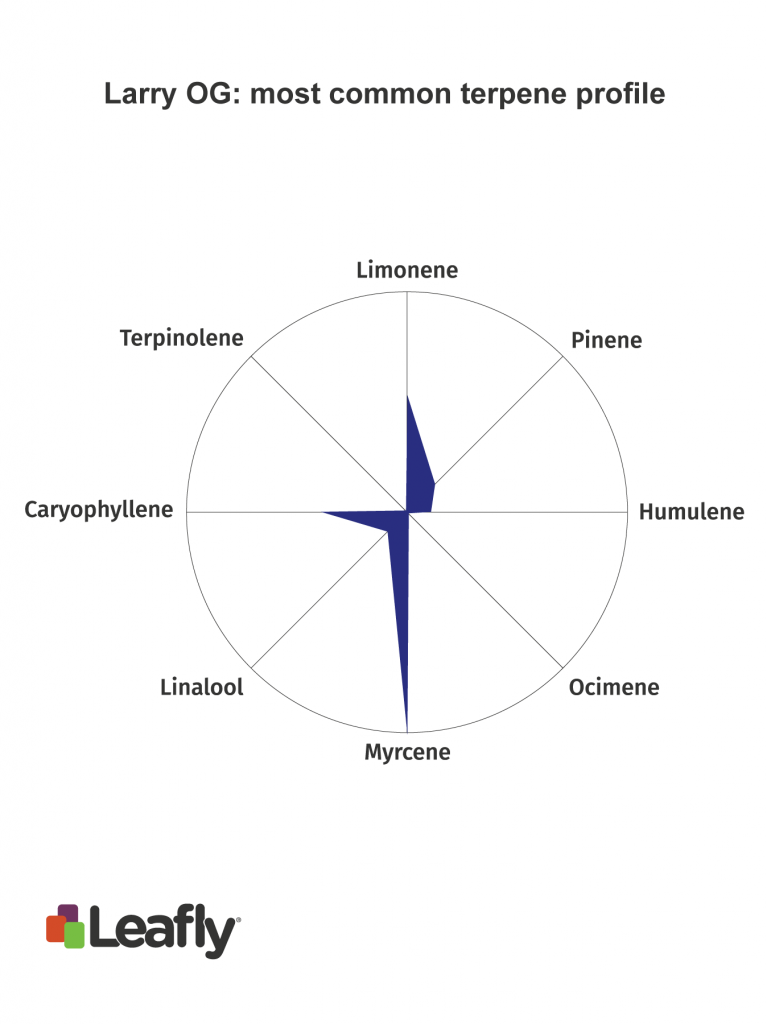 Larry OG is some goddamn fire, let me tell you that straight off the bat. Also called Lemon Larry, this cross of OG Kush and SFV OG—an OG Kush phenotype—this has familiar citrus scents followed by strong piney tones that’ll please the palate of any OG connoisseur.

These flavors are driven by a combination of myrcene, limonene, and caryophyllene. From those terpenes comes an experience that most people say is powerful but not overwhelming, reminiscent of the highs of many OG Kush phenotypes and crosses. 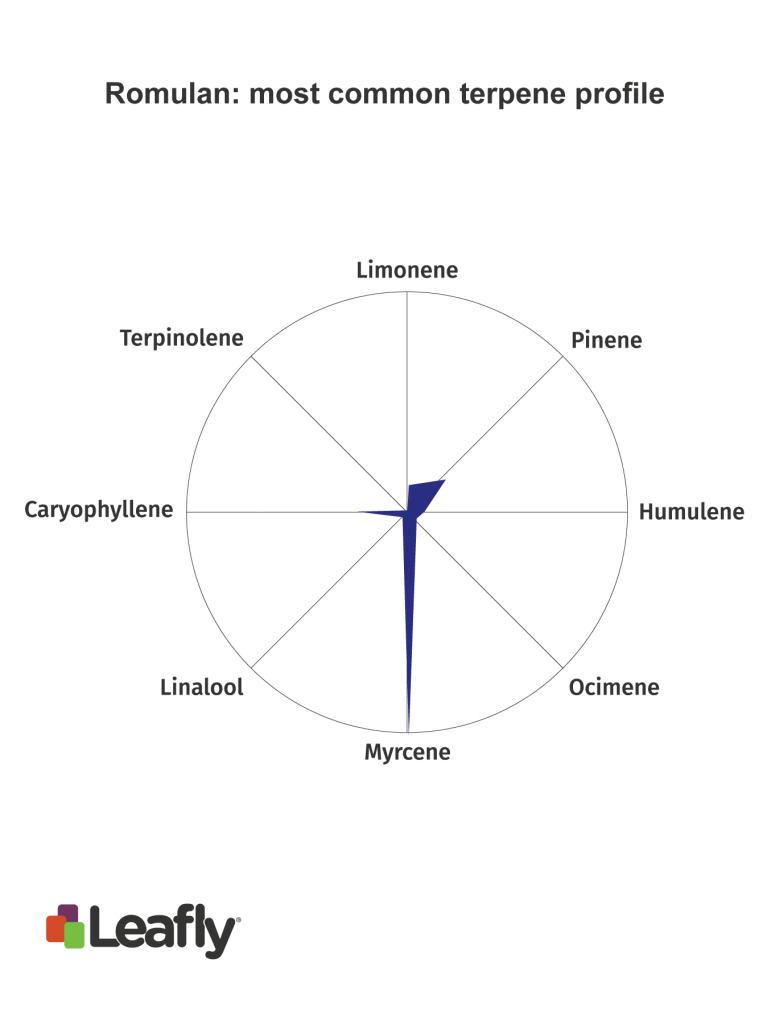 Named after the alien Star Trek race, Romulan is a powerful strain revered for its potent qualities. Its dense, frosty buds produce an intense pine scent that’ll send your senses into a relaxing whirlwind.

An indica-dominant plant, many Romulan growers insist it has qualities that people would associate with sativas, which is a perfect example of why terpene and cannabinoid profiles are a stronger guide for perceived effects.

The terpene profile most likely responsible for Romulan’s piney aroma and cerebral high that will end in a deep and relaxing body high, holds an abundance of myrcene, pinene, and caryophyllene. 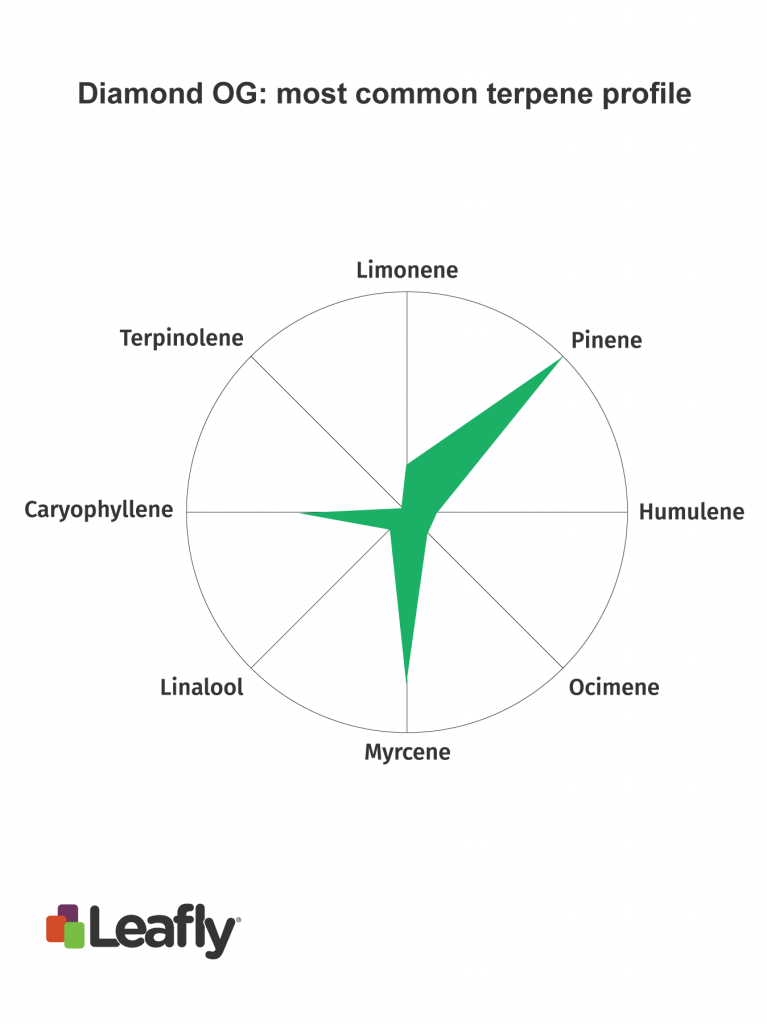 Diamond OG is one of the most uniquely flavored cannabis strains I’ve come across in a while. It has an earthy and piney flavor like many OG strains, however, a friend of mine cold-cured a batch of it for over a year, bringing out an intense tropical flavor.

A cross of OG Kush and an unknown strain, the terpenes responsible for its flavors are pinene, myrcene, and caryophyllene. It is worth noting that it’s pretty rare for a strain to be dominant in pinene.

The effects of this strain can vary, though most feel a mental euphoria and full-body relaxation that pairs nicely with a post-work chill-out. 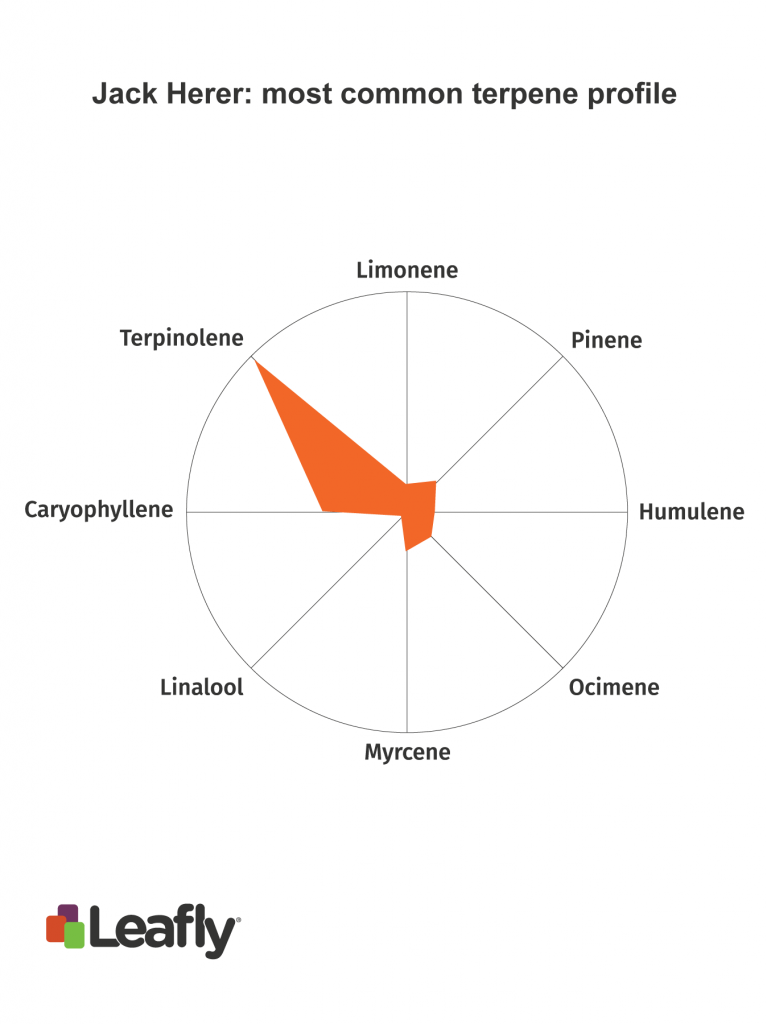 One of the most influential strains (and people) in all of cannabis, Jack Herer is a spicy and pine-scented cross of a Haze hybrid with a Northern Lights #5 x Shiva Skunk cross.

Its rich genetic background results in a variety of phenotypes, each with its own unique qualities, however most people usually describe Jack as blissful, clear-headed, and creative. 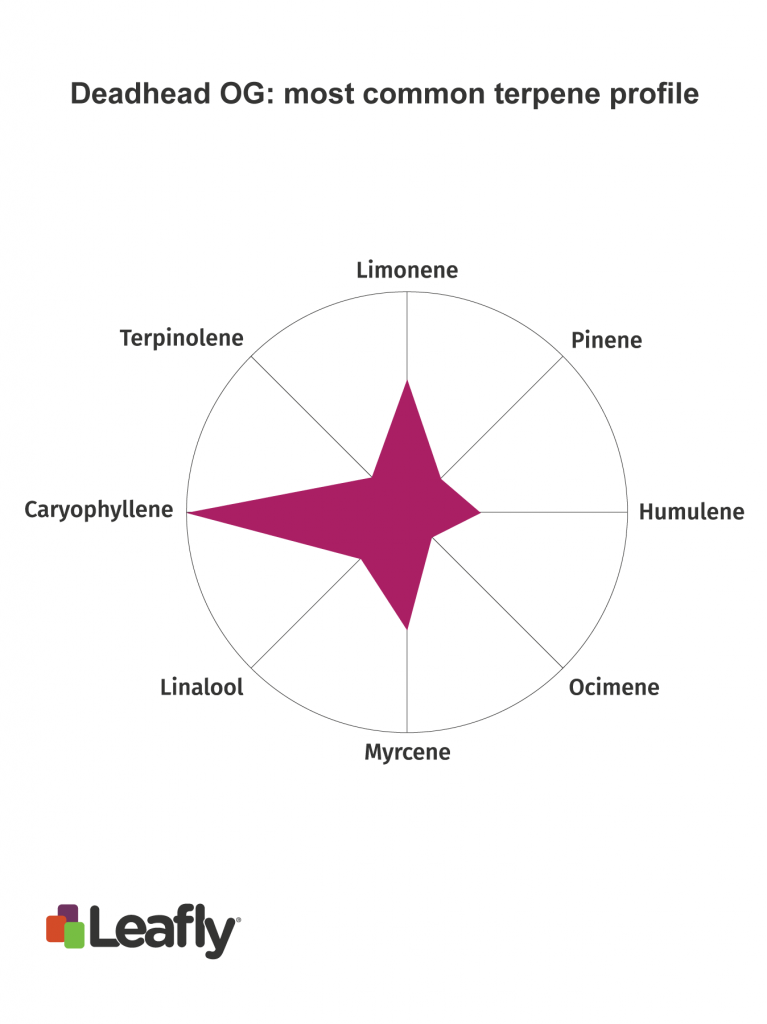 Deadhead OG crosses Chemdog 91 and SFV OG Kush, so off top, you know it’s some straight heat rock. Most people describe the high as stimulating in the mind but relaxing in the body.

Deadhead OG’s terpene profile contains abundant amounts of caryophyllene, limonene, and myrcene. Known as a very hearty and pungent strain, most phenotypes present an earthy, piney smell and taste, though some have stronger diesel aromas, which makes sense considering its lineage.

How to decarboxylate and infuse cannabis without an oven | Leafly

‘There’s Just No Money Coming in’: Cannabis Sector Bracing for Wave of Insolvencies in...

How to grow marijuana outdoors: a beginner’s guide