It’s been a full year of legal cannabis in the country, and as we close out 2019 it’s time to look back at how Canada regulated its own backyard. Though legalization may still be a work in progress, we’ve seen character defining moments from each province.

Whether defying stereotypes or upsetting long-standing reputations, we’ve assigned superlatives to each province based on how they handled year one of cannabis legalization. Consider it your yearbook snapshot of Canadian cannabis in 2019.

Are some provinces failing at math? Didn’t we all? They can still turn that mediocre grade into something impressive over the next year, right? Faith is adorable.

In a province renowned for its vibrant cannabis cultivation and culture, buds in BC seemed poised to take their underground reputation legit. The province’s history of relaxed enforcement was hard to see this year, as British Columbia devolved into a rather strict, and at times comedic, industry regulator.

Ideally a solution to Alberta’s collapsing oil industry, cannabis in the province flourished thanks to an open market strategy. Out of nowhere, the province with around 1,500 operating liquor stores and nary a reputation for cannabis has taken the country by stampede, boasting 372 cannabis licenses issued as of writing.

As the nationwide leader in retail stores, other provinces are surely watching Alberta to see if their pipeline will run out of gas any time soon.

In a province with an agricultural reputation and a strong history of orange politics, Saskatchewan is having trouble with retail execution and market diversity. Their store rollouts have been poor, and independent retailers are contending with big corporations seeking out the most market share.

The Saskatchewan Weed Pool Cannabis Co-operative is one example of the province’s agricultural heart calling for industry fairness once again.

Winnipeg is, in fact, the Slurpee capital of the world, but their Conservative government is doing all it can to prevent the province from adding cannabis champion to their list of fun accomplishments.

The province’s current ban on homegrowing became a campaign issue in their September election, and in December, the provincial government made it illegal to carry cannabis outside of an excise-stamped container. Manitobans have proven tenacious and rebellious over the year, sparking up in public despite steep fines.

Ontario has proven both flexible and problem-plagued in the first year of legalization, with a provincial government struggling to license and profit in the largest cannabis market in the country.

Officials are somehow surprised by the province’s still-thriving illicit market, but with one store per approximately half a million people, your resident third grader might immediately suggest opening some more stores, probably.

The province—home to the country’s lowest minimum age for alcohol consumption, as well as prevalent video gambling, and an abundance of strip clubs—should have no business establishing itself as the vice police, but an aggressive CAQ government campaigned and won with its hardline approach to cannabis regulation.

Though high school graduates might be skipping town to Quebec in order to enjoy a lower drinking age, early university students in la belle province (who have been drinking for as long as two years), might be crossing provincial lines to do the same with cannabis.

It was looking good for New Brunswick on the first day of legalization, when Cannabis NB expressed confidence that all 20 of their promised retail stores would be open and ready for the public.

In its first six months alone, the corporation had lost around $12 million; after Cannabis NB blamed their $2 million first quarter loss on the illicit market. Now, the province is thoroughly considering selling all of their legal stores to one private buyer, and funny enough, a familiar Quebec brand is trying to step up to the potium.

Most likely to miss that podium: Nova Scotia

Prior to legalization, Nova Scotia residents consumed some of the most cannabis per capita in the country, and a StatsCan report on wastewater backed up that claim in August 2019.

The Nova Scotia Liquor Corporation, however, reported a net income drop of $1.2 million for its first fiscal year ending on Mar. 31, 2019. The province’s challenge will be boosting its online and retail desirability to convert those heavy legacy consumers into the legal fold.

Most likely to marry for the money: Newfoundland and Labrador

I’s the B’ys that builds the boat, Newfoundland’s the one that sells her. Increasing corporate interest is ruffling the feathers of sole proprietors in this coastal region.

Lately, officials are doing what they can to balance entrepreneurial and corporate spirits: the province’s left hand introduced higher commissions for independent retailers while its right signed seven separate contracts with cannabis multinationals.

PEI started with four legal stores run by Crown corporation PEI Cannabis Management. Since then, it’s been relatively quiet on this eastern front.

Yukon began with a single cannabis store run by the province, giving it a shelf life of one year until private retail could expand in the territory. Their plan worked, and the temporary Cannabis Yukon closed exactly one year after opening, while two private stores sprang up to absorb consumers in Whitehorse and Dawson City, respectively.

Most likely to do a victory lap: Northwest Territories

Midway into legalization, the cost per gram of cannabis in the territory was higher than average, something the government attributed to “high potency” product. At the end of August 2019, the Northwest Territories announced they’d fallen short of revenue goals by a whopping 80% for the 2018-2019 fiscal year.

Most room to grow: Nunavut

To start, the Nunavut government didn’t intend to sell cannabis in physical stores at all, though online sales were permitted through the Nunavut Liquor and Cannabis Commission and their agents, namely Tweed and Vertical.

Sales struggled in the territory, leading the government to lower its markup per gram from $4 to $1 on dried flower. Although the territory allowed for both public and private stores, by the end of year one, neither have materialized. 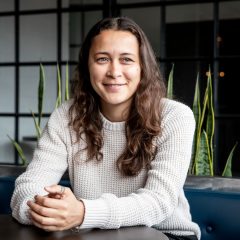 Soj Ramsay-Taylor is Leafly Canada’s Junior Editor, keeping an eye on the intersections between Canadian politics, arts, culture, and cannabis, of course.

How to make cannabis cooking oil